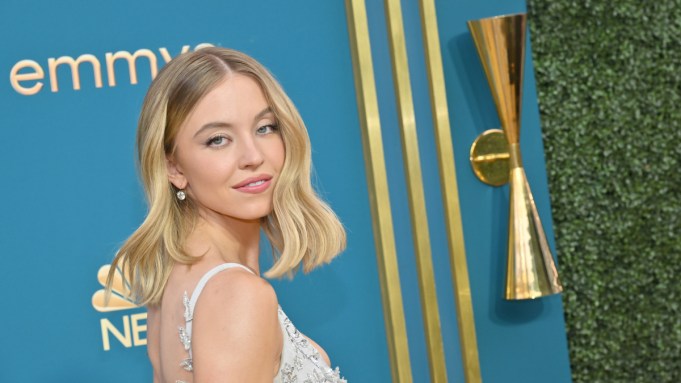 Sweeney accessorized with Fred Leighton jewelry, wearing one of the brand’s antique diamond chokers at the waist of her dress as a belt. She also wore a pair of earrings and two rings, one on each hand.

For beauty, she went for a very natural look with a soft lip. She parted her hair down the middle and did both sides in waves.

The 2022 Emmy Awards honored the best performances and programs in television. “Saturday Night Live” cast member Kenan Thompson hosted the event at the Microsoft Theater in Los Angeles. HBO’s “Succession” lead the nominations with 25 nods, followed by “Ted Lasso” (20), “The White Lotus” (20), “Hacks” (17) and “Only Murders in the Building” (17). The Geena Davis Institute on Gender in Media also was presented with the Governors Award in recognition of their work to promote gender balance in the entertainment industry.