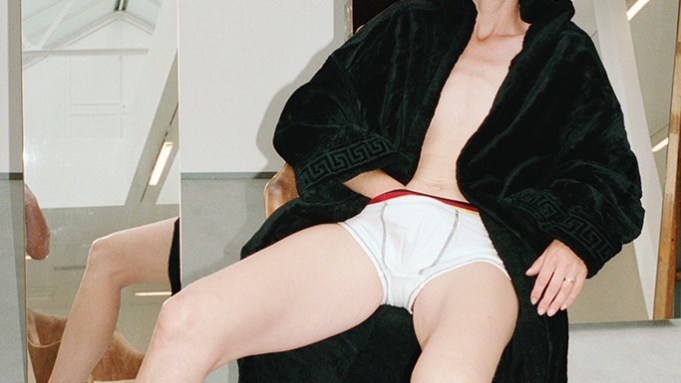 Scent System: The fourth issue of System Magazine, which hit stores including Dover Street Market in London, Colette in Paris and 10 Corso Como in Milan Thursday, is an olfactory experience as much as a visual one. The title tapped perfumer Daniela Andrier of Givaudan to create a fragrance for each of the models that appear on System’s four different covers — Stella Tennant, Liya Kebede, Lara Stone and Saskia de Brauw — all shot by Juergen Teller. Each of the four covers has been infused with the fragrance that represents each model — Tennant’s, for example, combines notes of vetiver, almond and cedar, while Kebede’s blends rose, iris and orange blossom and Stone’s is a mix of raspberry, heliotrope and iris.

In System’s editors’ letter, which is penned by its editorial board made up of Alexia Niedzielski, Elizabeth von Guttman, Thomas Lenthal and Jonathan Wingfield, the board said that the idea was led by the question: “How can a magazine stimulate the senses and leave its trace on the world in a way that…Apple [or] Google have yet to? One word: smell.” As part of the issue, Teller has shot a 100-page editorial featuring the four cover models, which explores the idea of beauty, while Andrier discusses the relationship between scent, beauty and memory. The issue also spotlights a discussion between Cindy Sherman and Peter Philips the creative and image director of Christian Dior makeup, who debate transformation, along with interviews with Rick Owens and perfumer Serge Lutens. But while System is embracing the sensory experience the printed page can offer, the title hasn’t neglected the digital sphere — a digital edition of the magazine will be sold on Apple’s App store and Google Play, while System’s Web site is set to launch later this month. The print edition is available at newsstands this week.