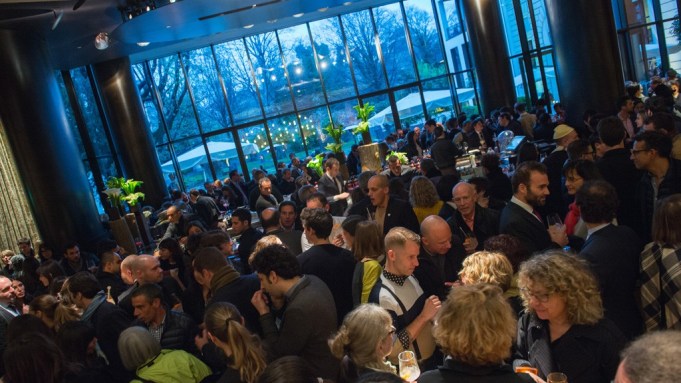 ALL BY DESIGN: It wouldn’t be Design Week in Milan without intermittent rainclouds, which is why guests at the T Magazine party on Monday didn’t spend much time in the gardens at the Bulgari Hotel, preferring instead to congregate around the bar indoors.

Though the two once worked together at Domino magazine, it was Needleman’s first time attending Milan’s Design Week exhibitions and furniture fair: “I’m doing it like speed-fire,” she said. “I’m going to try to see as much as I possibly can.”

Asked about the cover of T’s design issue this month, which features Julianne Moore, Needleman said: “I had this idea about the design of an actress — how an actress designs her image, so not to just do furniture, but people, and taste, and the designing of ideas and images. Another time we’ll do a room or a sofa.”

The normally reticent Consuelo Castiglioni and daughter Carolina Castiglioni were also in attendance, speaking enthusiastically about Marni’s new 100 Chairs project, which includes a colorful array of children’s chairs. “The other day, my [one-and-a-half-year-old] grandson came over and tried them out,” noted Consuelo.