Elie Tahari is going for a second sparkling summer season. 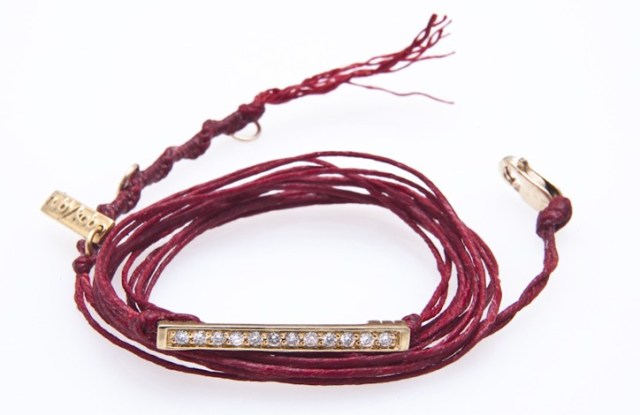 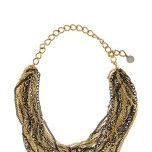 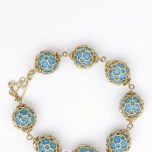 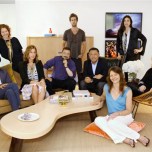 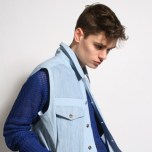 TAHARI’S SUMMER SCHOOL: Elie Tahari is going for a second sparkling summer season. After launching his jewelry partnership with the Council of Fashion Designers of America last year, Tahari will again highlight the work of CFDA members at his East Hampton store this summer. The jewelry initiative will begin with the works of Ben-Amun, Ruby Kobo and Patricia von Musulin, which will be on display from July 8 to 27. Janis Savitt, House of Waris and Jill Platner will follow July 29 to Aug. 17, and then Gemma Redux, Irene Neuwirth and Nak Armstrong from Aug. 19 to Sept. 7. Tahari will host a party at the store to celebrate the “Sparkle in the Sun” initiative on July 10. “We thought it would help the jewelry designers be exposed to a new or larger audience and, at the same time, create excitement and bring traffic to the store,” said Tahari, whose 1 Main Street boutique will feature window signage alerting passersby to the bauble designers.

LUXURY SETS OUT ITS STALL: It looks there’s at least one corner of London’s luxury market that the recession hasn’t yet hit. The works on show at Masterpiece London, a new fair at London’s Chelsea Barracks that encompasses art, antiques, jewelry, fine wines, watches and classic cars are, rather than being selected according to era or medium, picked out by determining if they’re “the best of the best…we asked exhibitors to bring their exceptional pieces,” said Thomas Woodham-Smith, the fair’s chairman and one of its founders. Woodham-Smith said he and the fair’s co-founders had conceived of the exhibition, which opened June 24 and runs through today, with the idea of giving decorative arts “a boost.” Among the 120 exhibitors are auctioneers Patrizzi & Co., whose pieces include a prayer mat made from 27,000 precious stones and 15.9 kilos of 18-karat gold; Coys, who deal in collectible cars and have vintage Aston Martins on show, and Asprey, which had a 50-carat yellow diamond, called “Golden Sun,” and rare pink diamonds from Rio Tinto’s Argyle mine on display. A spokeswoman said the fair is expected to have seen over 20,000 visitors by the time it closes and sales have included a 1927 Bentley, which was sold by the classic car dealer Fiskens for around 550,000 pounds, or $829,000, and a Carlton House table sold for in excess of 500,000, or $754,000. Next year, the fair is planned to run at the Royal Hospital, Chelsea, from June 30 through July 5.

BAGS OF STYLE: Marc Jacobs will open its first shop-in-shop dedicated exclusively to collection accessories at Galeries Lafayette in September. In the meantime, the Paris department store will open a Marc Jacobs pop-up shop on its first floor from July 5 to Aug. 7, with what it bills as the largest selection in Europe of the American designer’s accessories. This will include an exclusive version of the Veronica handbag in taupe alligator leather, retailing for 12,000 euros, or $14,800 at current exchange rates.

LONDON CALLING: Presenting their spring men’s lines over tea and cupcakes at Tranoï’s British men’s showroom last week, a number of exhibitors also revealed plans to branch out into women’s wear. Among them, Aaron Sharif, co-designer at Blaak, which wound down its women’s line a few seasons ago, said the brand plans to relaunch the category at London Fashion Week in September. “It will be more in line with the men’s, with kind of a unisex spirit,” he said. Likewise, Katie Eary revealed she plans to launch a women’s wear line at LFW, based on interpretations of her men’s wear (think maxidresses splashed with bulldog prints and skinny leather pants with studded knees). Eary confirmed she will also be the first designer to present a diffusion collection on the Catwalk Genius Web site at the end of July, focused on women’s wear. “In one and a half months, we’ve sold 90 percent of the shares — we need to raise 5,000 pounds (about $7,500 at current exchange),” said Eary, explaining shareholders will later be refunded using money generated from sales. James Long, who presented a collection that included Woodstock-flavored patchwork denim jackets and punky leather shorts, said he’s designed a capsule women’s line for Asos that will be released in time for London Fashion Week. Swedish jewelry designer Fannie Schiavoni, who designed the chain jewelry worn by Rihanna in her “Rockstar 101” video, presented her first women’s collection at Tranoï, inspired by chain mail.

HIP NEIGHBORHOOD: Hollywood worker bees who toil in production houses and other out-of-the-limelight businesses along an unglamorous stretch of Highland Avenue are about to seem a whole lot hipper. Freecity Supershop, the five-year-old eclectic brainchild of former Ron Herman vice president of menswear Nina Garduno that sells everything from bicycles to boots, is moving from its 1,500-square-foot Malibu location to a 3,000-square-foot freestanding building at 1139 North Highland Avenue. The store, which will open in late July or early August and is a few blocks from Garduno’s workshop, will be called Freecity Supershop Supermät, adding a play on the word “laundromat” to the play on “superstore.” “A laundromat feels like a neighborhood place that everyone shares,” said Garduno. “It will be more accessible and more affordable to everyone. I know how to do extreme, and I want to hit the other side of the pendulum.” Joining Freecity Supershop Supermät on Highland Avenue later this summer will be another retailer with Malibu roots, James Perse. “I am not going to be roughing it by myself,” said Garduno, who also mentioned the restaurants Ammo and Street adding to the “electricity” on Highland Avenue.