Takashi Murakami, Future and Miguel among Guests at Off-White

Miguel is tying up with LA-based brand Rhude, while Jerry Lorenzo has a collaboration with Nike in the works. 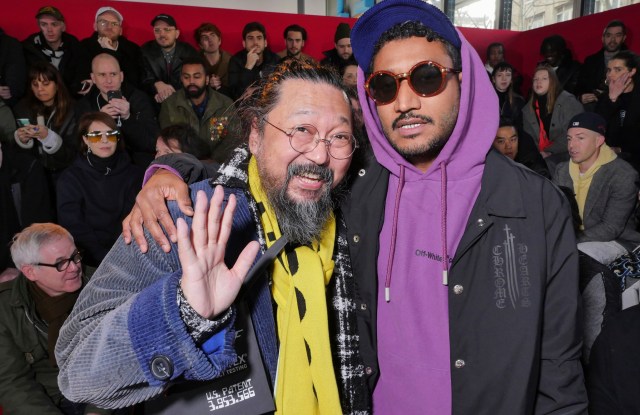 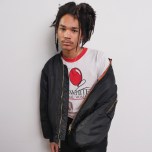 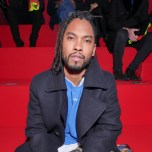 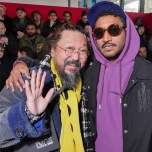 TEAM WORK: Among the familiar faces at Off-White’s show Wednesday morning was a surprise figure: Japanese artist Takashi Murakami. Could his appearance –complete with Nike Air Force 1 sneakers with mismatched laces that made him fit right into the crowd – be the sign of a coming collaboration? “Maybe not,” said Murakami. “My friend G-Dragon wears this brand, I like it a lot.”

Otherwise the artist has museum exhibitions coming up later in the year in Paris, London, Vancouver and Fort Worth, he said.

Speaking of sneakers, streetwear designer Jerry Lorenzo does have a tie-up in the works. “We have a Nike collaboration coming up for back to school,” he said. Designs will be inspired by Lorenzo’s childhood on the West Coast, he revealed.

Sitting with other front-row guests including Future and Don Crawley, Miguel also had fashion in mind. “I’m doing a small collaboration with a brand called Rhude from Los Angeles, the creative director’s a good friend of mine,” said the artist, who will start touring in the U.S. next month following the release of his latest album in December.

The collaborative spirit of Off-White is what appeals to him about the label. “That’s absolutely why I’m here; Virgil is very warm, everyone is very welcome in a way I haven’t experienced before in fashion,” explained the singer.

“Right now, I’m going super extra with my fashion so I’ve been trying to tone down the makeup,” said the entrepreneur, whose KNC Beauty line hit Net-a-Porter earlier this week. “Today I just have brown gel on and a little cream blush and a little lipstick and that’s it.”