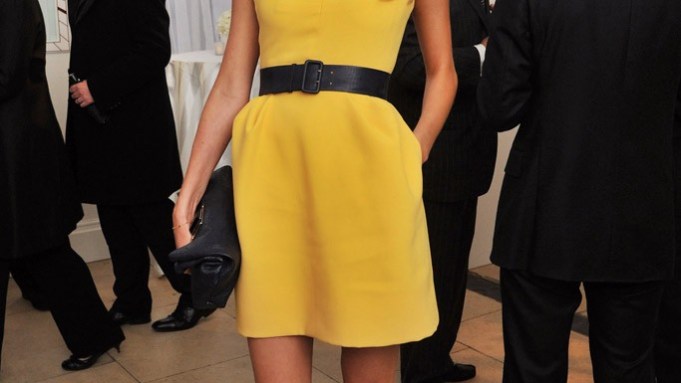 TANK TIME FOR CARTIER: Cartier took to the Orangery in London’s Kensington Palace Thursday night to unveil its new Tank Anglaise watch. The latest take on the Tank is crafted in rose, yellow or white gold, and the house also does a version set with brilliant-cut diamonds. “There have been several Tanks from the beginning of the last century, but there was no Tank Anglaise — so one day we said, ‘We have to correct this,’” said Arnaud Bamberger, executive chairman of Cartier U.K.

Guests including Charlotte Dellal, Kelly Hoppen and Poppy Delevingne were among those who gathered to sip Champagne and get a peek of the new timepiece. Delevingne is also serving as an ambassador for the Tank Anglaise, and was photographed with her father, Charles, by David Bailey, in a shoot to celebrate the new design. Other ambassadors who have been shot by Bailey for Cartier include Lucy Liu; Andrea, Charlotte and Alice Dellal; Jordan Scott; Hoppen, and Rupert Everett. The Tank Anglaise launched this month at selected boutiques and will launch at further locations from June.