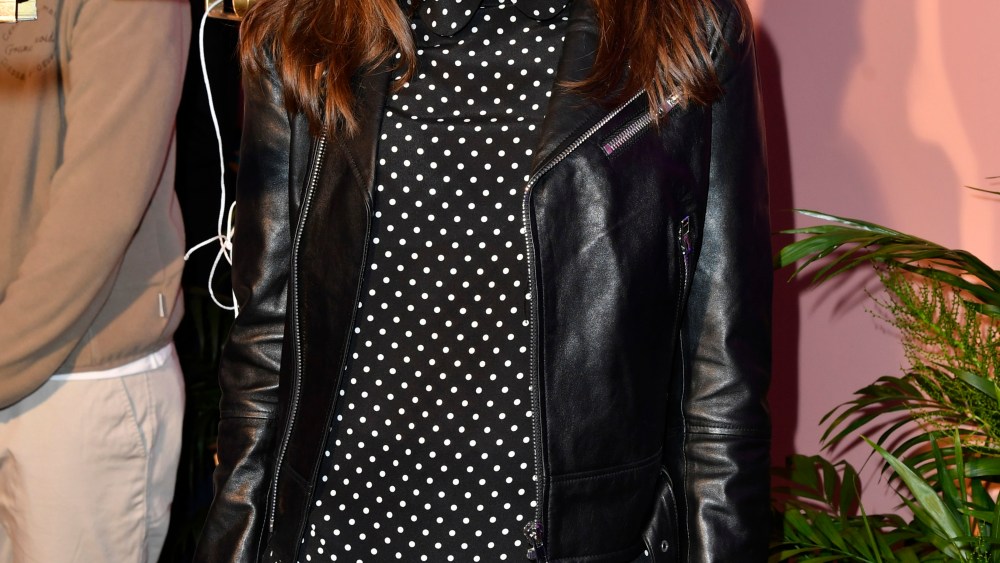 COCKTAIL ATTIRE: Tara Jarmon whipped up a tropical mood for the reopening of its Champs-Élysées flagship on Thursday night, with a décor including live parrots and palm trees, and trays of Blue Lagoon cocktails.

The house’s new artistic director Colombe Campana was on hand to show guests including Karin Viard, Doria Tillier and Axelle Laffont around the three-story boutique. Not forgetting the house’s new ambassador, Annabelle Belmondo, granddaughter of French actor Jean-Paul Belmondo, who is due to start filming her first movie in late April, working with director Éric Atlan. “They’re cute, but I hope they don’t bite,” she laughed, posing for a photo with the birds.

Campana, whose first official collection for the house will be for fall 2018, talked about her vision for the brand, meanwhile, saying: “It has a very strong heritage that is close to my personal style, as a very Parisian brand based around updates on classics in bright tones. My plan is to bring more of an everyday feel to the brand, with more prints, colors and easy pieces.”

“I see it as a brand that is feminine, fresh, and Parisian,” said French singer Clara Luciani, whose first album, “Monstre” (“Monster,” in English) is due out in late April.

Sneaking out for a cigarette on a patch of AstroTurf outside the store, busy bee DJ Cécile Togni reeled off a list of projects she’s working on via her namesake creative agency, including an event celebrating the 85th anniversary of French retailer Monoprix on March 23, and the set for the launch of a new bag by Lancel in April.