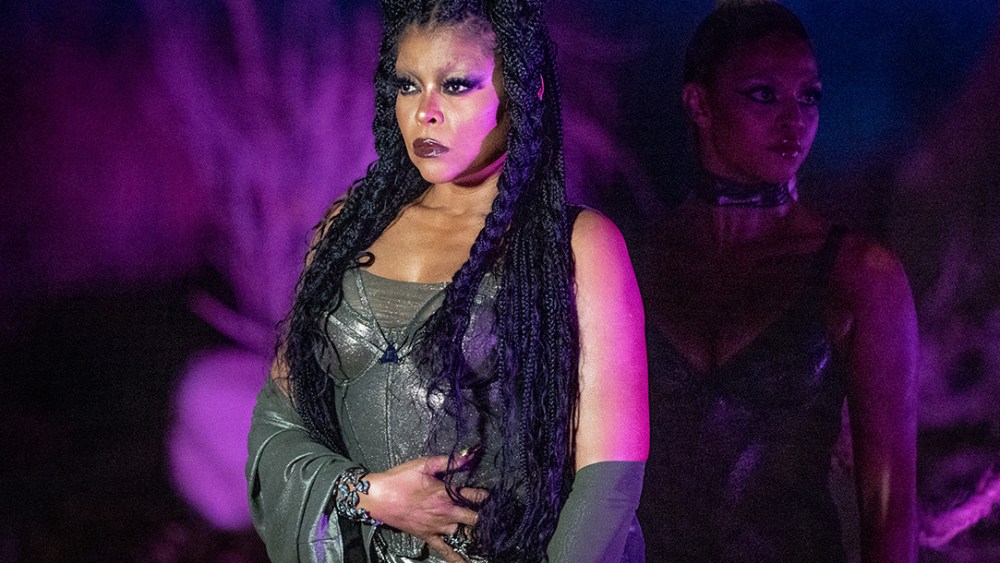 For the latest video project for Rihanna’s Savage x Fenty collection, the actress wore a shimmering metallic gray corset dress with a matching cover-up. She accessorized with a statement ring, a silver bracelet and silver earrings.

Henson took a dramatic approach to her makeup, including a glossy chocolate lip, with heavy mascara, heavy charcoal under-eyeliner and heavy silver eye shadow. Her hair was done in box braids and tied into two buns on separate sides of her head.

Rhythmic dancers are seen behind and around Henson in a ritualistic style, as Henson goes through several poses.

This year, Henson continued to expand her beauty business with her TPH by Taraji line. In April, the hair care brand announced they added body products to its offerings.

“Savage x Fenty: Vol. 4” was executive produced and creative directed by Rihanna. The video project is now available to stream exclusively on Prime Video. This marks the fourth consecutive year of Rihanna’s Savage x Fenty show. The collection is available to shop on the Amazon Fashion Store and savagex.com.