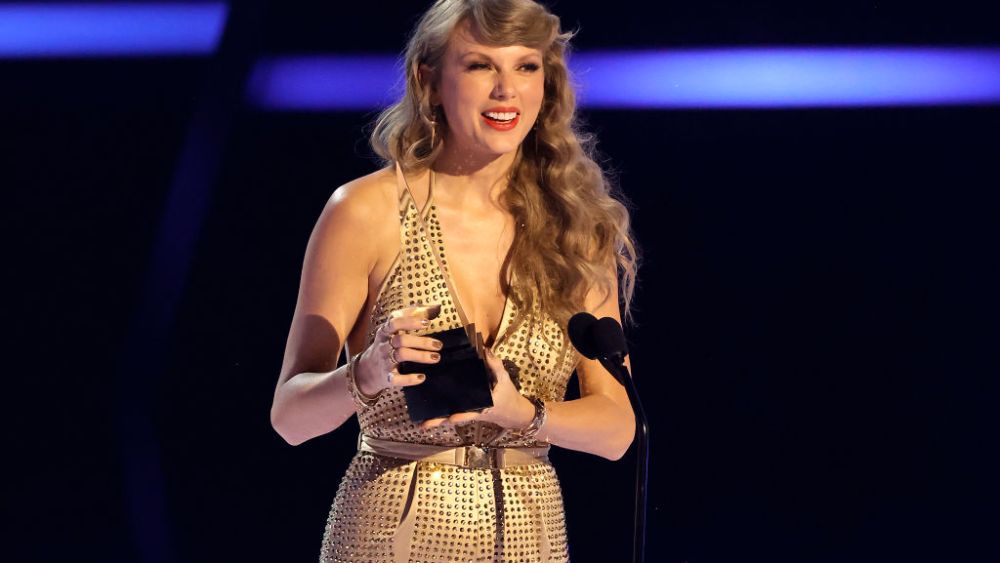 Taylor Swift took to the stage at the American Music Awards on Sunday in Los Angeles wearing a bedazzled gold jumpsuit by The Blonds.

In honor of the ceremony, where Swift won multiple awards, the singer wore a gold beaded sleeveless spaghetti strap open-back jumpsuit with a waist belt.

Swift worked with her go-to stylist Joseph Cassell, who styled her for several recent public appearances, including the MTV Europe Music Awards, a segment on “The Graham Norton Show” and an appearance on “The Tonight Show Starring Jimmy Fallon.” Cassell has dressed Swift in brands such as David Koma, Michael Kors and Louis Vuitton.

For makeup, Swift worked with Lorrie Turk to create an awards-ready look with a coral red lip, a hint of blush and smokey eye shadow with a touch of gold accenting the inner corners of her eyes and heavy mascara on her upper eyelashes for a dramatic effect. For hair, she worked with Jemma Muradian, who gave the singer huge statement curls and parted her hair to one side.