In time for spring, Lacoste is teaming up with Catherine Malandrino. 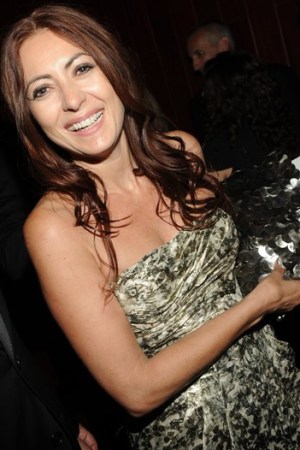 Pitti Immagine Releases Dates for Physical Events for Rest of 2021

TENNIS CATHERINE?: In time for spring, Lacoste is teaming up with Catherine Malandrino to create what is being described as “a romantic and youthful capsule collection for women inspired by the brand’s sport heritage.” Born in the French Alps, Malandrino need not worry about getting in a French state of mind. This summer the designer, who already divides her time between New York and Paris, will be spending many days at her new getaway in Saint-Tropez, which she made certain had a work studio.

SKINNY DIPPING: Luli Fama, the sexy Miami-based swimwear brand and Sports Illustrated swimsuit edition perennial favorite, is getting a little more publicity than it bargained for — just in time for its July 18 Mercedes-Benz Fashion Week Swim runway show. Irina Shayk, the body of Luli Fama’s 2011 advertising campaign and look book, has been getting attention as the girlfriend of Portugal team soccer star Cristiano Ronaldo. Much ink has been spilled in the gossip columns over the Russian model and Ronaldo, who became a father on July 4, a milestone he conveyed to fans via Twitter. Shayk, who starred in the most recent Armani Exchange ad campaign, is reportedly not the baby’s mother. If she had been, her transformation from post-pregnancy figure to lithe, bikini-ready not-an-inch-to-pinch, smokin’ hot body would have been nothing short of remarkable. David Tessieri shot Shayk last week wearing a variety of jewel-toned little itsy-bitsys at the Viceroy Hotel in Miami.