The brand is throwing a party on April 6 at VFiles in New York to celebrate the launch with a pop-up shop running through April 21.

MILAN — “I love strong, independent women who have made a name for themselves, with incredible energy,” said Giuliano Calza, founder and designer of Italian contemporary streetwear firm GCDS.

The brand is gearing up to debut a capsule collection codesigned with recording artist, dancer, fitness entrepreneur and social media phenomenon Teyana Taylor, who has 6.1 million Instagram followers.

The capsule collection, which is named “Harlem made,” pays homage to Taylor’s origins. “It’s streetwear, where the hood and high fashion meet. That’s always been me. It’s Harlem made, I am Harlem. So it represents me as well as the culture,” she explained. The lineup includes T-shirts, hoodies, bodysuits and accessories, which are priced from 20 euros for a pair of socks to 160 euros for a sweatshirt.

“Last summer, I was in Los Angeles and I came across this late Eighties T-shirt with [a picture of] Cher holding a rainbow flag in her hand, and it was one of her tour merchandise items,” explained Calza, who drew his inspiration from vintage items from that period. “Modern icons don’t communicate this strong way anymore,” he continued, highlighting that instead of chasing cool, the collection is aimed at celebrating Taylor’s uniqueness and diversity.

On April 6, GCDS is throwing a party to launch the collection in conjunction with the opening of the brand’s New York pop-up store at VFiles. The special collection will be available at VFiles headquarters at 12 Mercer Street through April 21, as well as on GCDS’ online shop. 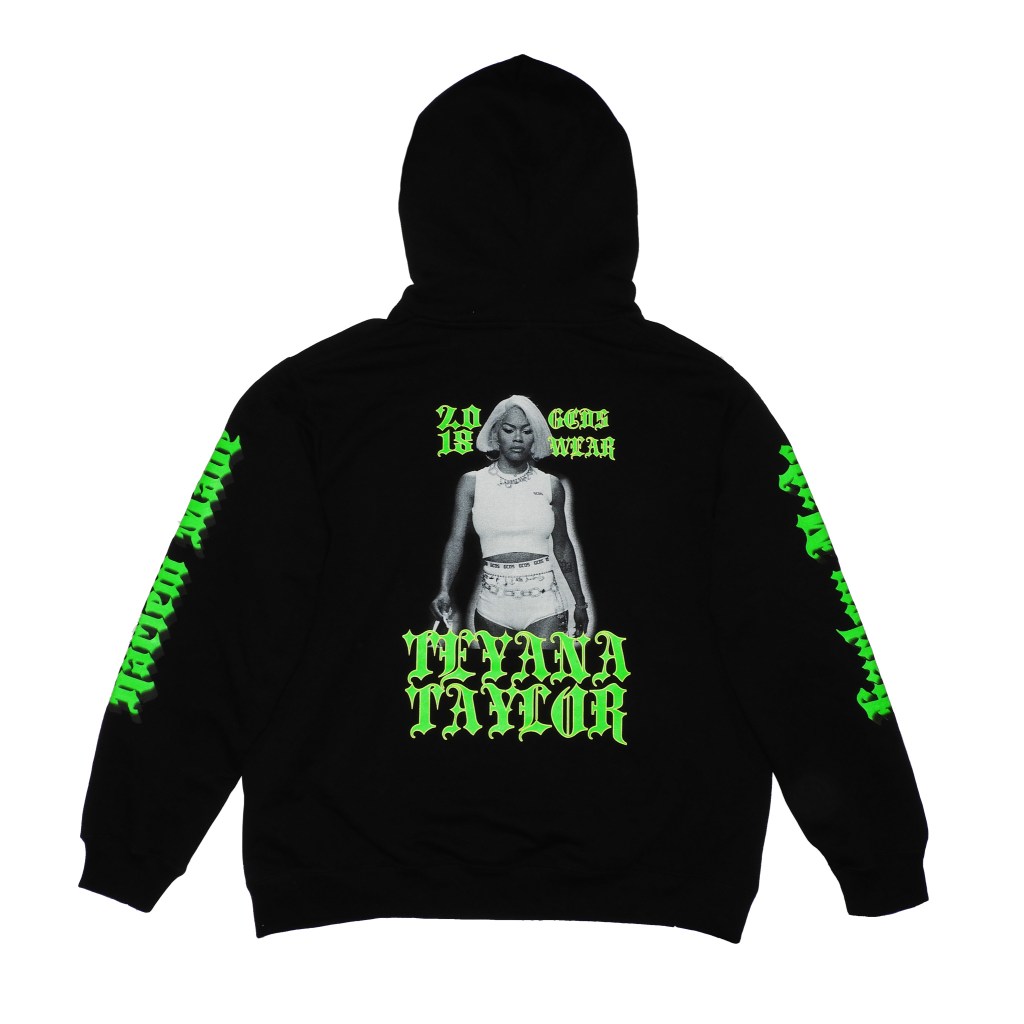 The range of goods, mostly in black and white, is accented with Taylor’s name and with that of the capsule collection in a vintage, acid green, gothic font. Some of the items, including a black hooded sweatshirt, feature a picture of Taylor sporting a pair of white HotPants matched to a sleeveless crop top and a blonde bob wig. The photo was taken last September when Taylor closed the GCDS show during New York Fashion Week.

“It was an outstanding moment; New York is an energetic city and so is Teyana. When we planned to do the collection together, she was recording and we thought it was fun to create her ‘tour merchandise’ in advance,” said Calza, insisting that the collaboration stemmed from a friendship with Taylor. As a result she was given creative freedom. “It was an all-around dope experience, they allowed me to be creative and myself at the same time,” she explained.

The “Harlem made” capsule collection is flanked by a dedicated ad campaign, which is set to be unveiled at the party, along with a video. The analog-like images, shot by New York-based photographer and director Cycy Sanders, portray Taylor in an American diner with walls covered in graffiti. Sporting items from the collection and a pair of gold hoop earrings, Taylor’s cheeky attitude in the campaign is enhanced by her relaxed poses. 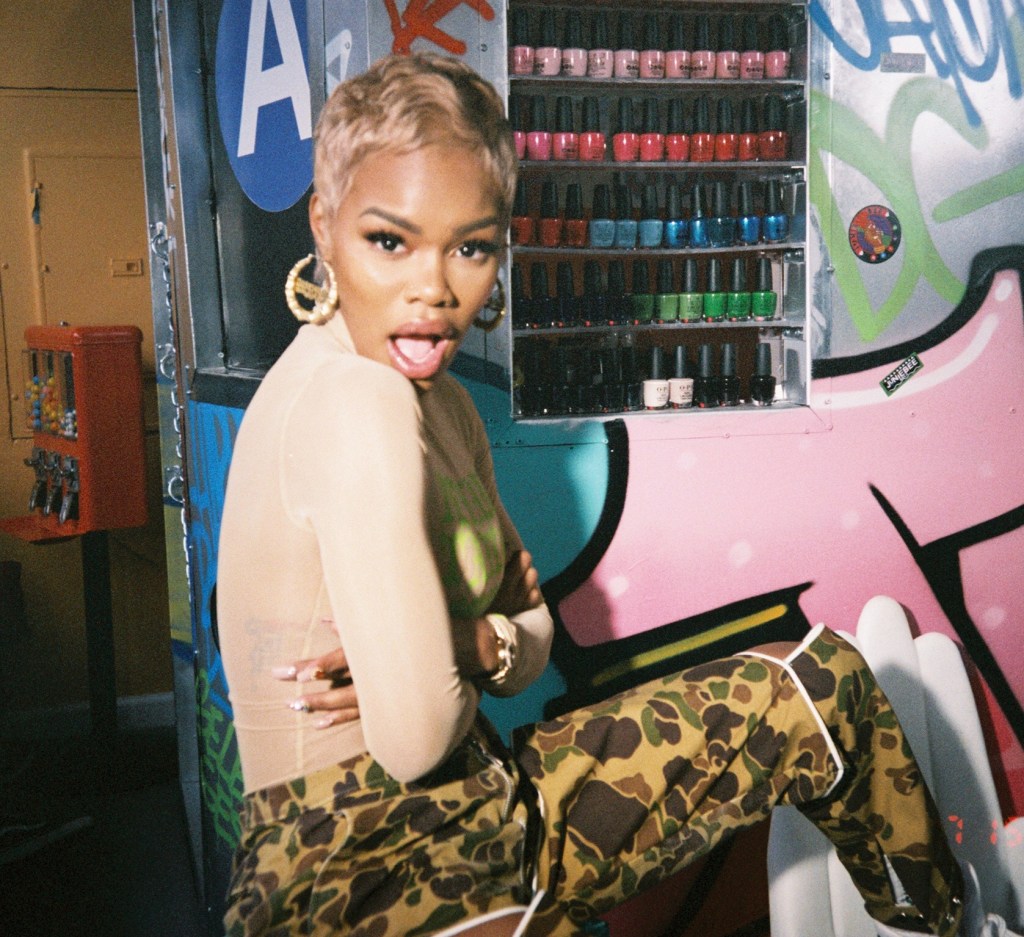 “I definitely want to create a community along with my customers. They buy independently from [seasonal] trends, they want cool, everlasting stuff, [they admire] real icons,” mused the designer.

Taylor agreed. “My fans are very supportive and love everything that I do or put out, especially fashion wise. They understand my vision,” she said.

After launching her own nail salon in Harlem, in partnership with OPI, in February, which is “booming,” according to Taylor, the 27-year-old is working on several new projects that she preferred to keep secret. “I do a little bit of everything,” she joked.