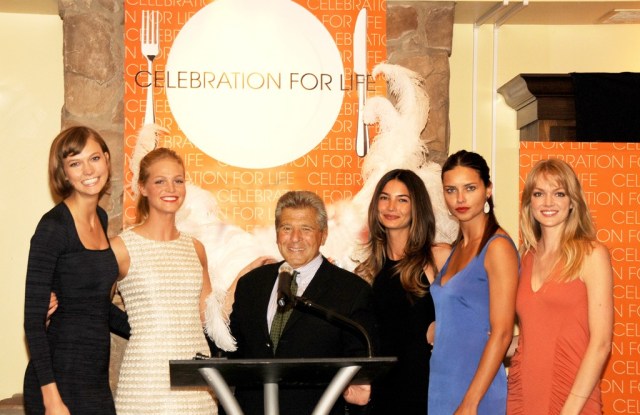 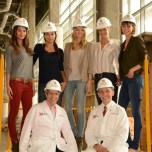 THE ANGELS’ ANGEL: Red-blooded men the world over have Ed Razek to thank for the elite tribe of underwear-clad, otherworldly beauties known as the Victoria’s Secret Angels. As president and chief marketing officer, brand and creative services for Limited Brands, parent company of VS, he worked with Les Wexner, Limited’s chairman and chief executive, on the original Angels concept. On Saturday, a group of current Angels — including Adriana Lima, Karlie Kloss, Erin Heatherton, Lily Aldridge and Lindsay Ellingson — surprised Razek with his own set of wings for being an “angel” of another sort at the Celebration for Life dinner to benefit Ohio State University’s new James Cancer Hospital and Solove Research Institute, set to open in 2014 in Columbus, Ohio, where VS and Razek are based. Razek is a longtime member of the James’ board, and his friends and colleagues donated more than $1.1 million to a fund named in his honor to support a new IT platform that will identify cancer patients throughout the country who are eligible for clinical trials. The Angels also took Razek on a tour of the new facility — all were fully clothed and wearing hard hats.