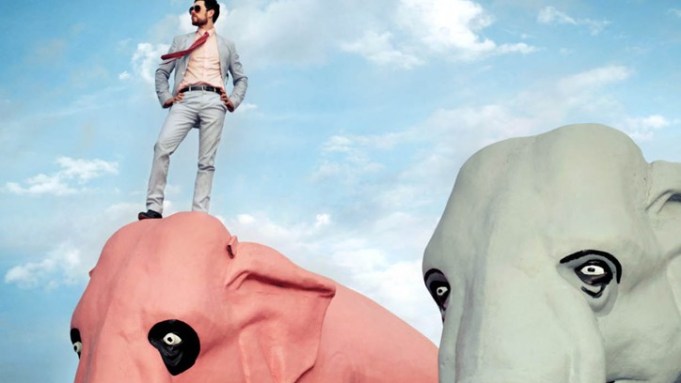 Just four days after Marc Jacobs’ Bookmarc bookstore opened last Friday, he already had the blogosphere buzzing about his next enterprise: food, with the opening of a cafe in New York. (Destination: uptown, according to ny.racked.com; date: TBD.) Jacobs’ empire is steadily growing, with entries into a number of unconventional categories. Branded Sharpies, available at Bookmarc, are just the beginning. All of which gets one thinking the inevitable: What’s next?

This Monday, a new book, “The Men + Women of Marc Jacobs,” makes its debut, with a launch party and book signing at 415 and 417 Bleecker Street. It’s a photo essay of more than 150 employees, photographed by Brian Bowen Smith, the lensman behind the firm’s celebrities-in-the-buff charity shots from 2006. Marc Jacobs, this work suggests, is about the people behind it. “What these pictures give us,” writes Francine Prose in the foreword, “is the family album of what may be — what probably is — simply the coolest and the hottest rainbow family on the planet.” She adds later, in an interview, “Frankly, I think it should be a kind of model for large businesses.”

Prose may be slightly biased. She’s a longtime friend of Jacobs’ business partner, Robert Duffy, and her granddaughter is his goddaughter. Duffy is also godfather to Smith’s son, Jona, five. Still, there’s a wacky exuberance in each portrait, and when Prose tells you that “the kids in the photographs look the way they do [it’s] because they feel they’re part of something,” you believe her.

“The Men + Women of Marc Jacobs” has its origins in a series of snapshots Smith started taking three-and-a-half years ago. At the time, he was traveling with the Jacobs crew to store openings and business trips; at each stop, whether Milan or Moscow, Smith would take photographs of the staff — just because. “We never really planned anything,” he explains. “[An employee] would run out with me for 15 minutes and do one of those shots. It was very spontaneous.” When Smith and Duffy eventually decided to produce the book, the formula stayed the same. “No assistants, just the kids and me and my little Leica. We’d go and bang the shots out,” says Smith, adding, however, that “after people knew what I was doing, the word spread. They were ready for me if I came into town.”

Flipping through the book, it’s the engagingly eclectic personalities that pop. Adam Lindsey, wearing a bowler, rides a bike with a solitary red balloon attached to the handle. Josh Green, sporting a handlebar mustache, cracks open a beer in some woodsy environs. There’s even a girl decked out like Madonna in the “Desperately Seeking Susan” years. “I really wanted them to have their input,” Smith says. Savannah, Ga.’s, staffer Jonathan Penn even dragged him across state borders into South Carolina to Papa Joe’s Fireworks on Highway 17. “The place had two giant elephant statues there,” Smith recalls of that adventurous day. “I hoisted him up [atop one of the heads], and the owner came out with a shotgun and chased us off.” They managed to get four frames in, nevertheless.

Jacobs and Duffy make an appearance, too. The designer’s portrait is a take from the 2006 skin cancer awareness campaign. “He looks so different now — I love his change — but that photo represents his old life,” explains Smith. “That’s what I’d like to remember.” Meanwhile Duffy’s head shot is more spontaneous; he and Smith were staying at a hotel on business in San Francisco when Duffy came out of the shower, in his bathrobe, one morning. “I forced him to stand in front of the window and let the room fade to black and photographed him,” Smith remembers. Rather than open (or close) the book with the company founders, Smith placed their images randomly into the mix. “This isn’t a book about Marc Jacobs even though it is,” the photographer emphasizes, adding that the subjects didn’t even have to dress up in company gear. To wit, Daniel Duboy, from Milan, wore an actual bullfighter’s costume. “This is a celebration of the kind of people who work at Marc Jacobs and create this unique and diverse family,” Smith explains. “It’s not about Marc’s clothes. There’s a whole book out already like that. It’s called a look book.”