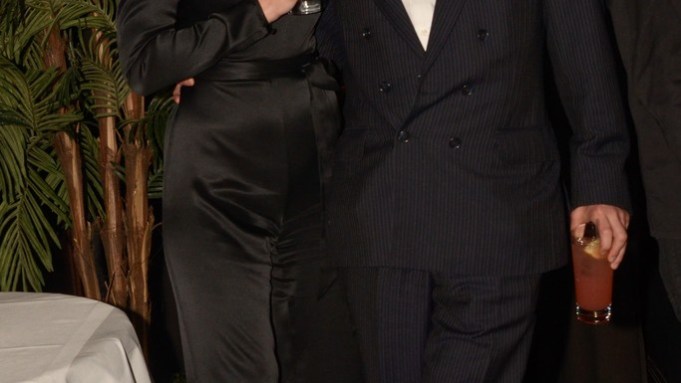 LONDON — London’s fashion and social sets turned out in force Thursday night at The Brompton Club in South Kensington for a dinner to fete Joseph Altuzarra.

Altuzarra was still on a high after racking up orders for his tropical print dresses, shirts and trousers at a Browns trunk show earlier in the day.

“They were the bestsellers,” said Altuzarra, who admitted to spending his time in London eating – especially at the Chinese stalwart Hunan near Sloane Square – and taking in the “Matilda the Musical,” based on the children’s novel by Roald Dahl.

And speaking of children, Browns chief executive Simon Burstein said Altuzarra made him feel not so young: “I just found out you were at school with my daughter, and you hang out with my other daughter in New York! And that means you’re one of the family.”

Moralioglu was taking a break from designing his cruise collection, which for the first time will feature swimwear. “It has a 1940s feel to it, and we’re really working on getting the fit just right,” he said.

Kane, meanwhile, smelled as fresh and sweet as an English garden after a spring downpour. “I love my scents! I’m wearing Tom Ford, Diptyque and Hermès tonight,” said the designer, who was on another sort of high Thursday night. His sister and business partner Tammy Kane has just had her first child, a daughter. “Her name is Bonnie,” said the Scotsman, scrolling through photos of the baby wrapped in pale pink swaddling clothes on his iPhone. “Isn’t she just gorgeous?”