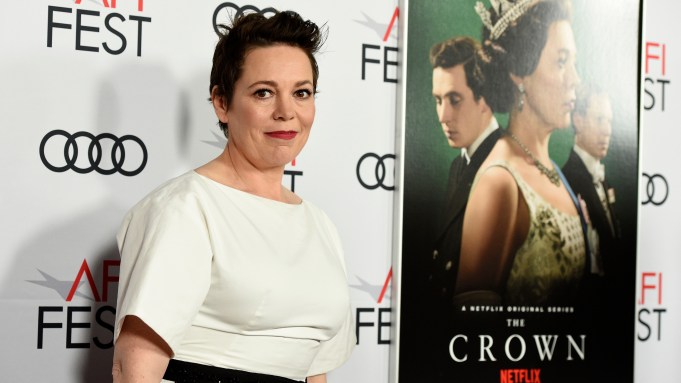 Netflix’s “The Crown” is gearing up for its season four debut.

The TV show, a historical drama chronicling the lives of the British royal family, released the trailer for its upcoming season on Oct. 13, giving a glimpse of the show’s Princess Diana, who is played by newcomer Emma Corrin. The show has been a trending topic since the trailer’s debut, thanks to new reports that “The Affair” actor, Dominic West, is joining the series in season five as Prince Charles.

From the new and returning cast members to the plot, here is everything you need to know about “The Crown” season four.

When does season four of “The Crown” debut?

“The Crown” season four will hit Netflix on Nov. 15 with all 10 episodes.

What returning cast members will be in “The Crown” season four?

Much of season three’s cast will return for the upcoming season of “The Crown,” including Olivia Colman as Queen Elizabeth II, Tobias Menzies as Prince Philip, Helena Bonham Carter as Princess Margaret, Erin Doherty as Princess Anne and Josh O’Connor as Prince Charles.

What new characters will be in “The Crown” season four?

The fourth season will introduce Princess Diana, who is played by newcomer Emma Corrin. The show has also tapped Gillian Anderson to play Margaret Thatcher.

What is the plot of “The Crown” season four?

Netflix’s trailer shows that the season will focus on the relationship between Prince Charles and Princess Diana, including the start of their relationship and their royal wedding in 1981. The trailer show’s a glimpse of Corrin in the princess’ iconic wedding dress and 25-foot silk train.

Set photos released earlier this year also show Corrin and O’Connor wearing looks reminiscent of those worn by their characters during their tour of Australia in 1983.

Are there more seasons of “The Crown” coming?

Netflix has confirmed that there will be a fifth and sixth season of “The Crown.” In August, the show revealed several cast changes for the last two seasons, including Imelda Staunton as Queen Elizabeth II, Elizabeth Debicki as Princess Diana, Jonathan Pryce as Prince Philip and Lesley Manville as Princess Margaret.

Watch the season four trailer of “The Crown” here:

The stuff of which fairy tales are made. pic.twitter.com/wDJTsthfbv