Emily Ratajkowski helped design the collection, which is made in Italy and fittingly called the Emily. 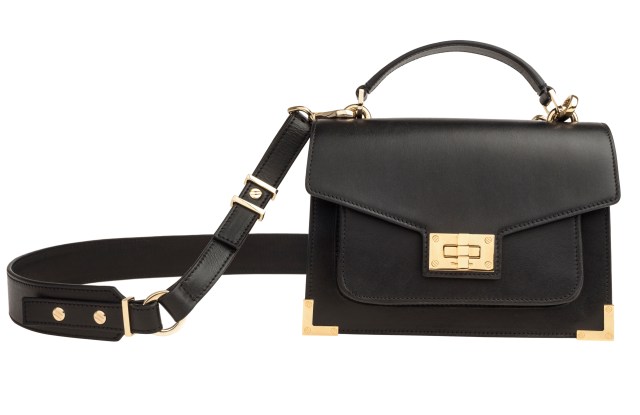 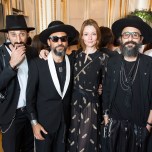 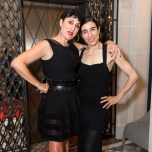 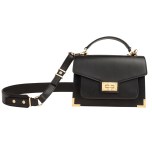 BAG LADY: The Kooples threw a cocktail party in the newly refurbished Hôtel de Crillon to celebrate the launch of its first line of Italian-made handbags, codesigned with Emily Ratajkowski and fittingly called the Emily.

Ratajkowski, who is also the face of the French contemporary brand’s fall collection, showed off her deep tan in a long black skirt with a split that rose to her hipbone, paired with a strapless lace corset.

“I’m one of those girls who has like 40 bags, or something, and I only wear four of them. So I looked at my bags and said, ‘What are the ones I love the most and like to use the most?’” said Ratajkowski.

The Californian, who is quick to point out that she was born in London, said she also thought of her grandmother’s old Prada and Dooney & Bourke purses.

“They were super open to my ideas,” she said of the brand’s founders and artistic directors.

Brothers Alexandre, Laurent and Raphael Elicha, each in a distinctive pair of glasses and black hat, said they chose Ratajkowski as their muse because she is feminine, sexy and cool.

“She is seduction incarnate,” said Raphael, the youngest of the trio, whose age gap with the older siblings spans over a decade.

Like Ratajkowski, who shot to fame after appearing in Robin Thicke’s “Blurred Lines” music video, The Kooples has enjoyed a rapid ascension. In recent years, the brand has expanded quickly in the U.S. market, where it has 30 points of sale, including Bloomingdale’s, and five stand-alone stores.

The company wants handbags, which come in three sizes of the same boxy model with gold-metal corners, to bring in 20 percent of sales within the next three years, said chief executive officer Nicolas Dreyfus. Accessories generate 7 percent of the brand’s sales at present.

Available in stores from Sept. 1 in black, red and taupe, the bags will come in an expanded range of colors in future, he added. Prices range from 295 euros to 395 euros.