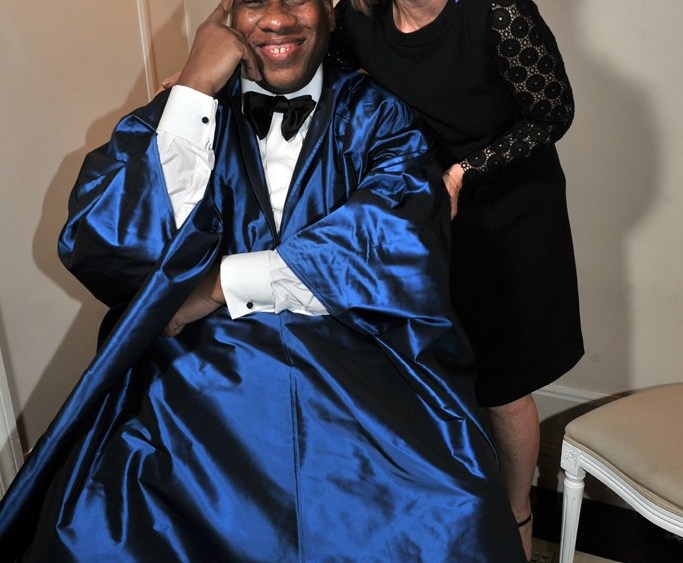 DRESS FOR SUCCESS: “There is a vocabulary or a dialogue or a monologue on black dresses that will always go on,” said Vera Wang at the Mona Bismarck American Center for Art and Culture in Paris on Monday night. “How you wear it, how you translate it, how you accessorize it. What you do with structure — no structure. I mean, it’s just insane, the black dress.”

She was speaking at the vernissage for André Leon Talley’s “Little Black Dress” exhibition that’s running there from Wednesday to Sept. 22. The show, which made its debut last fall at the Savannah College of Art and Design, features about 50 garments and is sponsored by MAC Cosmetics — host of the cocktail followed by a dinner at the Palais de Tokyo’s Monsieur Bleu restaurant.

Wang noted the Fortuny and Givenchy pieces on display. The Fortuny dress was also the favorite of Guerlain’s global creative director Olivier Echaudemaison, who called the creation “sublime.”

For her part, Agatha Ruiz de la Prada said her two top picks were Fortuny and Balenciaga. The designer known for her colorful creations said, “I only wear black things for very special occasions like funerals,” and added her preferred hue is fuchsia.

“I think the concept of the black dress in the 21st century is so important because our world is in such transformation, and the little black dress is such an establishment of fashion,” added Roland Mouret. “It’s so nice to see where the roots of it start from.”

Designers such as Riccardo Tisci, Olivier Theyskens, Haider Ackermann and Peter Dundas were also among the guests.