The Makeup Museum Is Coming to New York City

The museum will celebrate the history of makeup and its impact on society.

Marilyn Monroe in a still from the 1953 film "Niagara."

The Makeup Museum is bringing the rich history of the beauty industry to New York.

The museum, which opens in the Meatpacking District in May 2020, will celebrate the history of makeup and its impact on society. A series of rotating exhibitions will span more than 10,000 years of makeup history, focusing on one decade at a time. The Makeup Museum’s first exhibition, “Pink Jungle: 1950s Makeup in America,” will spotlight iconic makeup trends and influential women of the decade, including Marilyn Monroe, Greta Garbo and Audrey Hepburn.

“The Makeup Museum is a critical institution for the cultural landscape in New York and globally,” said Doreen Bloch, executive director and cofounder of The Makeup Museum. “Makeup has a 10,000-year history, spanning from the ancient Egyptians and the kohl eye liner they used to kabuki and geisha makeup in Japan, all the way to drag makeup and the influence it has today on pop culture.” 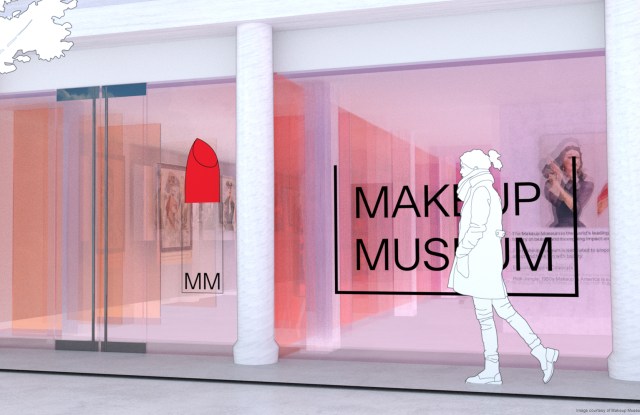 A rendering of the Makeup Museum.  Courtesy

The Fifties-themed exhibition will offer an immersive experience with vintage items, including skin-care products used by Monroe and Garbo. Bloch states that the museum is starting with the decade because it’s credited as the birth of the modern makeup industry with the proliferation of pioneering brands like Elizabeth Arden, Helena Rubinstein, Max Factor and Sally Hansen, among others, and trends like the cat eye and bold red lip. 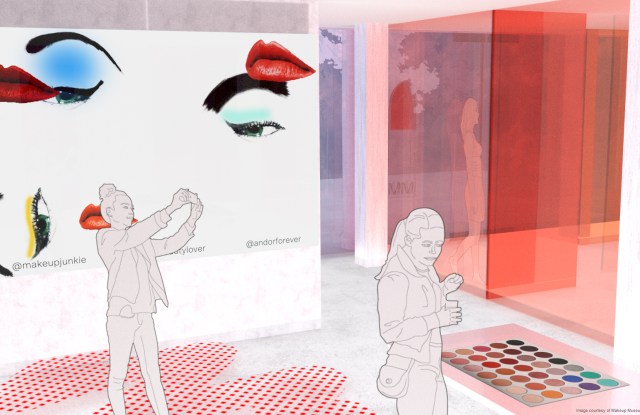 A rendering of the Makeup Museum.  Courtesy

The Makeup Museum opens at a time when the U.S. makeup industry is experiencing significant declines in sales across major brands such as MAC, Urban Decay and Anastasia Beverly Hills, according to first-quarter 2019 numbers from the NPD Group. Some newer and emerging makeup brands are generating buzz, most notably, Kylie Jenner’s Kylie Cosmetics, which just sold a majority stake of the business to Coty Inc. for $600 million, and the Millennial-minded beauty brand Glossier, which opened its first London pop-up shop today after receiving a $1.2 billion valuation earlier this year.

The museum’s semi-permanent space will be located at 94 Gansevoort Street and will be open for six months starting next spring. There are plans to open a permanent space in a New York flagship as well as additional outposts throughout the country.