The documentary series also examines diversity and how some of the museum’s holdings were acquired.

HOW WE MET: Knowing how the back story can be revelatory to telling its whole story, the Metropolitan Museum of Art is about to offer a behind-the-scenes series.

The documentary series, “Inside the Met,” will be shown May 21 and 28 on PBS. The three-part program will examine how The Met planned its 150th anniversary, dealt with the shutdown brought on by the coronavirus crisis and responded to calls for social justice following the murder of George Floyd under custody of Minneapolis police. The episodes are titled “The Birthday Surprise,” “All Things to All People?” and “Love and Money.”

The celebratory efforts hit an unprecedented roadblock when The Met had to close indefinitely — a first in the museum’s history — due to the pandemic. The Met reopened last August with reduced capacity and by adhering to social distancing and other safety guidelines.

The Met was reportedly facing a more than $150 million deficit in the 2020-21 financial year despite having an endowment of $3 billion-plus. Layoffs, furloughs, salary cuts and early retirements became the norm for museums, just as they have been for American corporations. The Met reportedly reduced its 2,200-person staff by 20 percent last year.

Stretching across four city blocks, the five-floor museum houses more than 1.2 million treasures from the past 5,000 years. The museum covers 2.3 million square feet of Manhattan’s Upper East Side on the edge of Central Park. 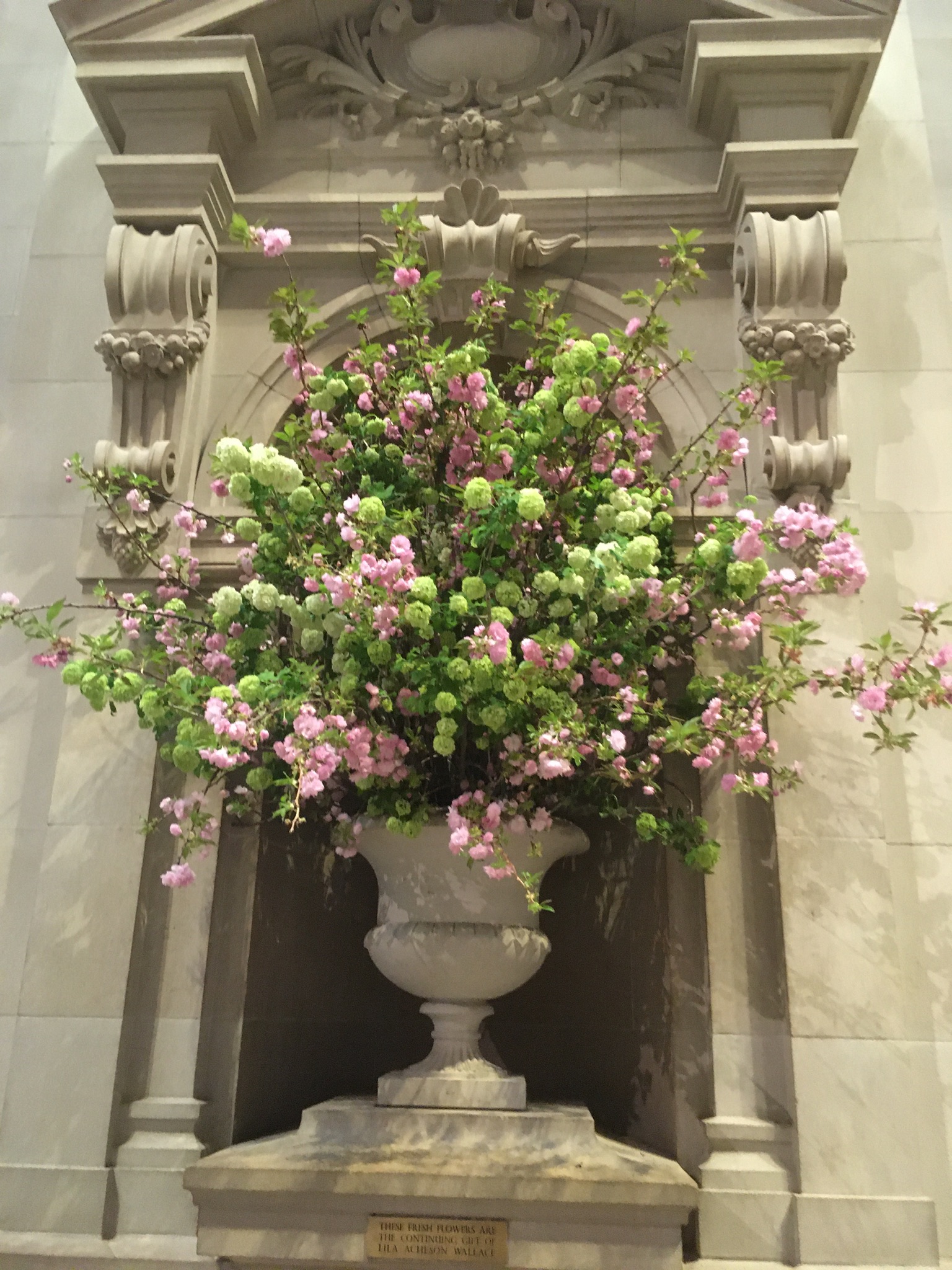 A floral installation in The Met’s Great Hall.  Courtesy of The Met

Representatives of the Met and PBS were not immediately available for comment.

Promotional material for the series said in the wake of Floyd’s murder in May 2020, the museum was “forced to look inward and reexamine its record on diversity, inclusion and how it presents its collection.” Through interviews with artists, museum curators, conservators, directors and visitors, the series “shows the 19th-century institution grappling with how to change and remain relevant in the 21st century.”

In addition to examining the museum’s record on inclusion, exclusion and diversity, the Met also had to address questions about how certain prized objects were obtained unethically and reflected the tastes of affluent 19th-century industrialists and entrepreneurs. In turn, curators worked to provide important historical context to culturally insensitive pieces “that encourage dialogue and understanding through the exploration of art in the museum with differing points of views,” according to press materials on the series.

In the series, a Black family from Connecticut shares their views of The Met’s art and representation. In addition, artists like Puerto Rican visual artist Miguel Luciano speak about the cultural and political punch of their work. Native American painter Kent Monkman, whose paintings feature his nonbinary alter ego “Miss Chief Eagle Testickle,” examine American colonialism. And Taiwanese American performance artist Lee Mingwei teamed with choreographer Bill T. Jones for Mingwei’s “Our Labyrinth” at the Met. The performance is meant to be a meditation about this time of instability and great change.

The “Love and Money” episode touches upon the debut of “About Time: Fashion and Duration” in the fall. Museum staff’s concerns about financing new acquisitions is addressed and an internship program geared for the next generation of diverse scholars is highlighted. Philanthropist, fashion historian and collector Sandy Schreier spent a full day filming for the PBS series and is expected to make a cameo.

The series is part of #PBSfortheArts, a multiplatform campaign that touts the resiliency of the arts in America, during the pandemic shutdown and reopening. Multiple foundations, including the Anderson Family Fund and the Carson Family Charitable Trust, have supported the film. Production support was made possible by Drive.