Three generations of the Italian design family spoke during the the Monoqi Liberatum Design Summit on Saturday. 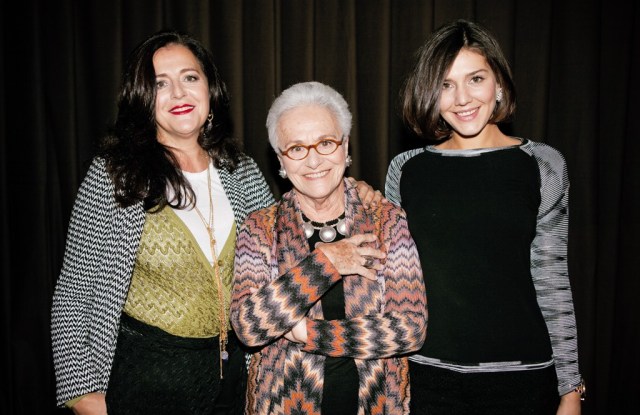 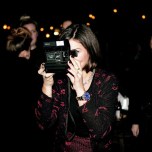 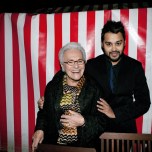 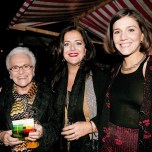 Looking back while keeping an eye on the future, the trio wrapped up the event-filled day with a question and answer session. Rosita, who, at 81, now oversees the brand’s home division, wove a tale or two about growing up surrounded by fashion magazines and in her parents’ bedspread and loungewear factory, then falling in love with her athlete husband as a 16-year-old after spotting him at the 1948 Olympic games. Daughter Angela, Missoni’s creative director, recalled the reason her mother asked her to take over design responsibilities in the Nineties —  “She felt trapped in a zigzag cage.” The latest Missoni to take up the family business, 29-year-old Margherita, who focuses on accessories and serves as brand ambassador, spun a few yarns of her own featuring another special guest, a plastic pigeon named Josefine. Acquired at the Burning Man festival, she’s since been around the world, and has her own Twitter hashtag, #jopi.

Angela Missoni provided a preview of the company’s plans to come, which include gearing up the company’s 60th anniversary in 2013. Next year also marks the 60th wedding anniversary of founders Rosita and Ottavio, and will bring the 30th birthday of their granddaughter Margherita. Next year, the brand will launch an e-commerce site, redesign its Web site and is also rethinking its shops, with the Milan version set to open in April. A book on Missoni’s history is also in the works.