The show explores the impact of black fashion designers. 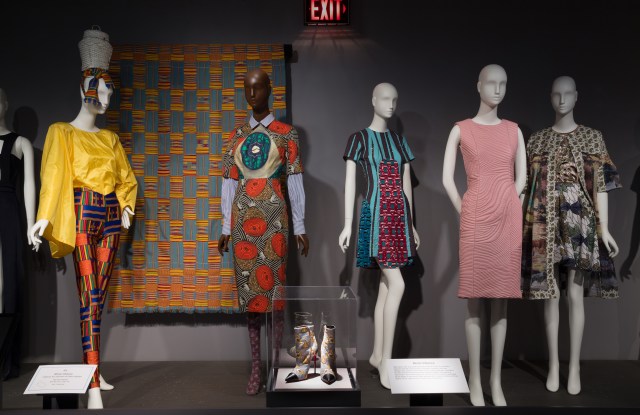 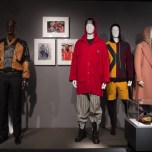 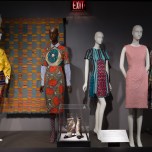 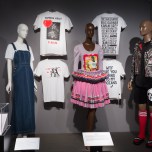 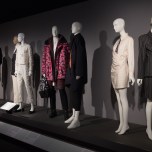 For its newest exhibit, the Museum at FIT showcased the work of black fashion designers.

According to Elizabeth Way, curatorial assistant at The Museum at FIT, the idea came from a Pratt show, which featured the work of about a dozen black designers but listed many more whose work didn’t fit into the show.

“So many had such a strong influence on the industry but have been left out,” Way said. “We wanted to include them and focus on the clothes.”

The exhibition is divided into nine different sections and includes 75 pieces, which Way said are now all a part of the museum’s permanent collection. It opens with a bold piece from Nigerian-born, British designer Duro Olowu juxtaposed with a Patrick Kelly dress covered with his popular button embellishments.

Following that is the introductory section, which shows pieces from the past — Jacqueline Kennedy’s wedding dress designed by Anne Lowe — and pieces from the present day such as Laura Smalls’ floral print dress worn by First Lady Michelle Obama when she performed carpool karaoke with James Corden and Missy Elliott. The show’s organizers placed video of this viral moment in front of the dress.

The show then moves into the themed sections. “Breaking Into the Industry” highlights designers including Arthur McGee, Willi Smith and Tracy Reese. “The Rise of the Black Designer” concentrates on the late Sixties to the mid-Seventies when designer Stephen Burrow’s brightly colored pieces were commonplace. Across from that section is the “Black Models” area that includes another dress from Burrows, which was donated by the estate of model Naomi Sims, and a 1971 Scott Barrie dress worn by Audrey Smaltz at the Ebony Fashion Fair, a former springboard for many black models. Also in this section is an original, six-minute video depicting a conversation between journalist Robin Givhan and models Bethann Hardison, Veronica Webb and Riley Montana.

“I think that there’s so many contributions that black designers have made to fashion that are really part of the fabric of fashion. In the same way that we think of France as a place where fashion originates, the Pan-African culture is also a place where fashion originates,” Webb said. “From fabric to attitude to proportion, you will see those influences reflected in the pieces from every single designer that’s here.”

The “Evening Wear” area showcases works from designers including Cushnie et Ochs and Kevan Hall, while the “African Influence” area displays designs from Aisha Ayensu that are inspired by traditional textiles and details from the region. The “Street Influence” portion includes items ranging from Dapper Dan’s MCM logo jacket to Maxwell Osborne and Dao-Yi Chow of Public School’s graphic pieces. The show ends with an “Activism” section that displays T-shirts with socially conscious messages, a “Men’s Wear” area with items from Jeffrey Banks, Sean John and Ozwald Boateng, and an “Experimentation” section that sows items from Shayne Oliver’s of Hood By Air, Grace Wales Bonner and Andre Walker.

Scattered among these items were pieces from not often represented creators including the black seamstresses who sewed together the Apollo 1 mission suits and Zelda Wynn Valdes, who created the bullet-shaped bodice on the Playboy Bunny uniform.

“The main goal for this exhibit is to educate people,” said Ariele Elia, assistant curator of costume and textiles. “We want to make them more aware of black designers and their work.”