The Party Scene Kicks Off at Milan Fashion Week

By Alessandra Turra and Cynthia Martens on February 20, 2014
View Slideshow 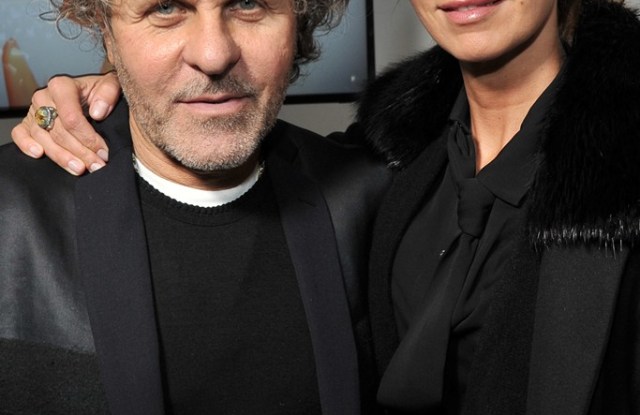 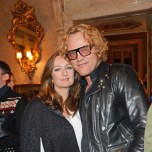 ITALIAN LESSONS: Helping kick off the party scene in Milan, artist and designer Rebecca Moses unveiled a series of illustrations for Italian Marie Claire’s MC2, a magazine devoted entirely to accessories. They’re part of a city-sponsored exhibition running for the duration of fashion week. The illustrations — featured in a special two-volume collector’s edition of MC2 that hit newsstands this week — celebrate 30 famous Italian cities, from snowy Cortina d’Ampezzo to sunny Naples and depict fashionistas darting in front of the most famous sites of each, tottering on designer stilettos and clutching designer handbags.

The exhibit, said Marie Claire Italy’s editor in chief Antonella Antonelli at the magazine’s 10th-anniversary cocktail party, “is kind of a reference to [Roberto] Rossellini’s film ‘Journey to Italy,’” and highlighted Italy’s central role as a producer of designer shoes and handbags sold internationally.

Promoting luxury accessories manufactured in Italy was something Hogan president and Tod’s vice president Andrea Della Valle could get behind. “A lot of people talk about Made in Italy, but not everyone really believes in it,” he said. “Yet it’s the backbone of the fashion industry and it’s essential to promote it [during fashion week], because Italy needs that right now.”

“I think promoting ‘Made in Italy’ is important not just for fashion, but also for the Italian economy,” added Salvatore Ferragamo ceo Michele Norsa. “And I believe that this is an opportunity to continue a discussion that we have throughout the year, but that only has such visibility during fashion week.”

“I’m receiving a lot of great CVs from young designers who live abroad, but it’s so hard to bring them to work with us because of Italian laws and bureaucracy,” said Trussardi, who is the brand’s creative director. “But it’s so great to be surrounded by talented young people, because they don’t feel the pressure of marketing, merchandising etcetera and they feel free to be 100 percent creative.”