The Peninsula Paris to Open Aug. 1

The 200-room luxury hotel is located close to the Avenue des Champs-Elysées. 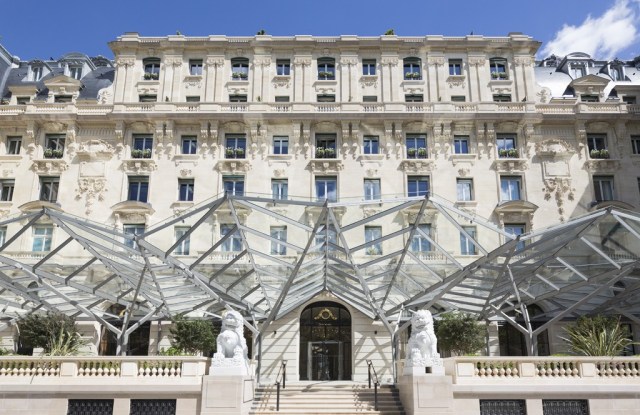 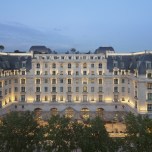 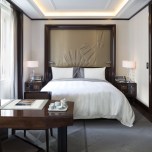 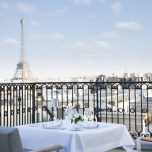 NEW OASIS: Fashion editors attending the Paris shows will have a new place to stay this fall.

The Peninsula Paris, a luxury hotel located a stone’s throw from the Arc de Triomphe, is set to open on Aug. 1 after a four-year renovation. The hotel, jointly owned by The Hong Kong and Shanghai Hotels and Katara Hospitality, is housed in a 19th century building that is charged with history.

“It has taken us more than 20 years to identify an opportunity which we considered to be appropriate for Peninsula’s entry into Europe,” said Clement Kwok, managing director and chief executive officer of The Hong Kong and Shanghai Hotels Ltd.

First opened as the Hotel Majestic in 1908, it hosted George Gershwin in 1928, the year he wrote “An American in Paris.” Later, when it turned into a conference center run by the French Foreign Ministry, it was the setting for the signature of the Paris Peace Accords to end the war in Vietnam in 1973.

The Peninsula Paris, the chain’s first European outpost, features 166 rooms and 34 suites equipped with electronic controls, a spa, pool and six bars and restaurants under the supervision of executive chef Jean-Edern Hurstel.

These include Cantonese eatery LiLi and sixth-floor panoramic restaurant L’Oiseau Blanc, which features a view stretching from the Sacré Coeur to the Eiffel Tower.

The opening of The Peninsula Paris comes at a time of upheaval for the Paris hotel scene, with the closure for renovations of the Ritz Paris, the Hôtel de Crillon, the Plaza Athénée and the Hôtel Lutétia, and the opening in recent years of Le Royal Monceau, the Shangri-La Hotel and the Mandarin Oriental Paris.