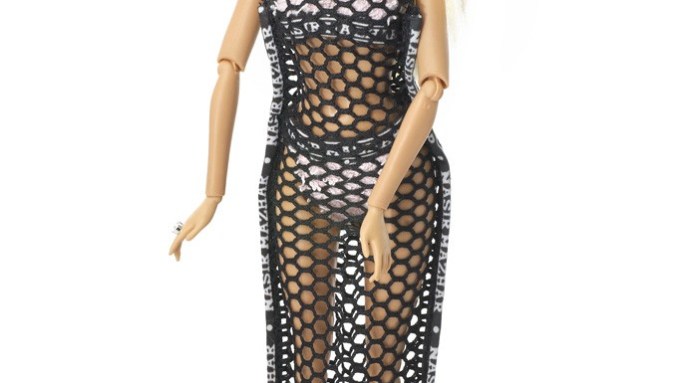 THE PERFECT WOMAN: Ever the fashion plate, Barbie has given a trio of emerging London labels her stamp of approval. In celebration of Selfridges’ new toy department, which opens Tuesday, the doll of impossible proportions has been dressed by Sister by Sibling, Fred Butler and Nasir Mazhar. Each designed five looks for the one-off Barbie dolls, which will retail for 120 pounds, about $182 at current exchange, and be presented in custom packaging.

The new department, on the store’s fourth floor, has a dedicated Barbie section, which showcases the best of Barbie around a central totem-pole display that houses dolls from the past and present, as well as limited-edition offerings.

This will be the second time that she has worn the Sister by Sibling label — the label made diminutive versions of its fall collection for her for its show in February. This time around, she wears the brand’s signature knitwear pieces by designers Cozette McCreery, Sid Bryan and Joe Bates.

Mazhar, who held his first show during London Collections: Men, included a look for Barbie’s beau, Ken, in his sportswear-inspired lineup — albeit styled with a bucket on his head. And Butler applied her brand of techno origami to the doll’s wardrobe, presenting a range of metallic and holographic creations, including accessories.