Aubrey Plaza and Rachel Bilson play sisters in the comedy. 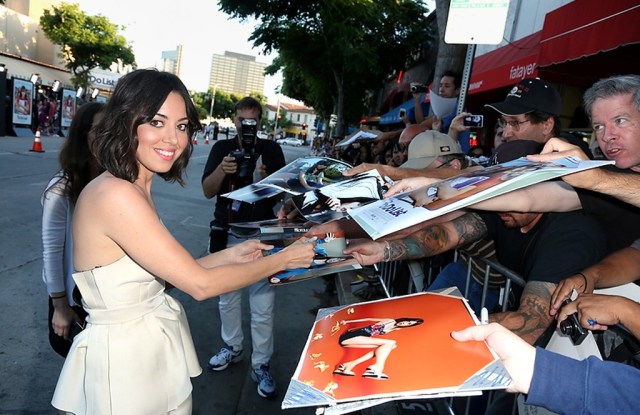 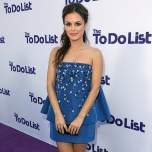 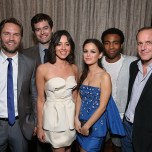 Aubrey Plaza and Rachel Bilson play sisters in the new period comedy “The To Do List,” but thankfully left their Nineties-era skorts and shoulder pads at home for the film’s Tuesday night premiere at the Regency Bruin Theater in Westwood, Calif. Although the actresses were rushed into the theater before they could finish their interviews, they did pose for the cameras, Plaza sporting a Calvin Klein Collection frock and Bilson in Oscar de la Renta. When asked if she was like her mean girl character when she was in high school, Bilson replied, “No, I was nice. Small and nice.”

Bilson’s “Hart of Dixie” costar Scott Porter, who plays Plaza’s love interest, came dressed in a new Ted Baker suit but recalled his look in the movie. “I was thrilled that I had a wig in the movie because I was so frightened of all these great comedic actors and the wig just helped me out, you know? I was talking to Bill Hader, and he goes, ‘That was the rule on “Saturday Night Live,” just let the wig do all the work.’”

Of the film’s fantasy rock video sequence, he said, “Who doesn’t want to feel like they’re in an early-Nineties rock video? I had Aubrey doing the ‘step, touch, step, touch’ move, like they always had one girl in those videos who was enamored with the lead singer.”

The film was penned by its director, Maggie Carey, who used some very personal details in the script, admitting that a scene involving one particular sex act had been, “inspired by my own experience in high school.”