The women's coworking space has teamed with three female-run brands on clothing and accessories inspired by the series.

The company has collaborated with three female-led companies on accessories and clothing inspired by the show’s “backdrop of the ocean, the theme of healing through exercise and the unbreakable friendship or ‘circle of trust’ that the women (in the show) form with one another,” according to a statement.

Outdoor Voices’ exercise gear, priced at $45 to $85; Lizzie Fortunato earrings for $150, and a Cuyana belt bag for $140 comprise the capsule collection, which will be exclusively available for purchase at The Wing’s SoHo and West Hollywood locations as well as through its e-commerce site. A portion of proceeds will be donated to the National Network to End Domestic Violence.

“When I started Outdoor Voices, the activewear market was dominated by men and I wasn’t taken seriously at first. It seemed crazy to me that there were no women creating product for women — we’re the ones who know the ins and outs of boob, butt and bounce-management firsthand. Today, I’m happy to say that we…have created an activewear brand that emphasizes freeing fitness from performance and moving for fun because it makes you feel good, rather than the pressure to perform. I’m super-excited to partner with The Wing to support the circle of trust and pass on my strength to other women who will follow suit in their own ways,” said Outdoor Voices founder Tyler Haney. 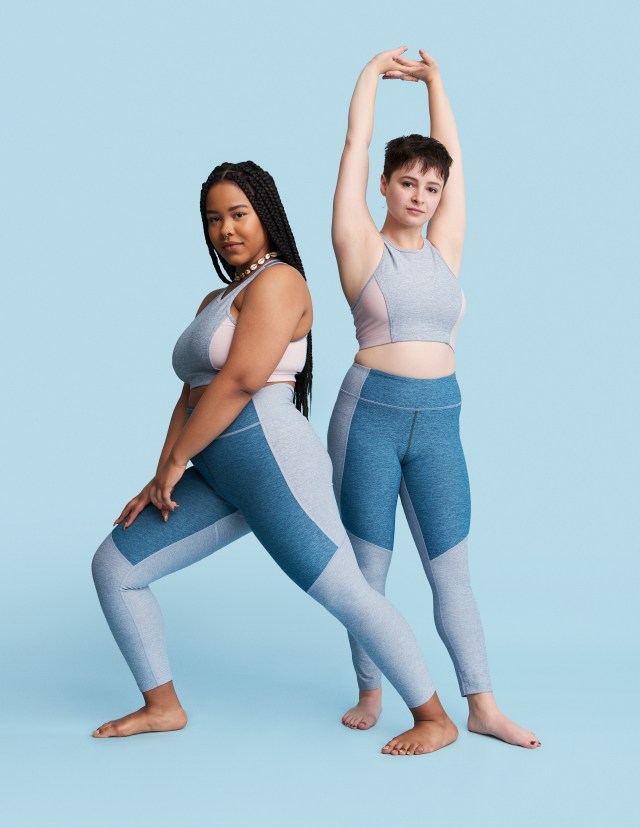 Lizzie Fortunato said of her contribution: “We were focused on a palette conjured by the California coastline. The mother-of-pearl and peachy-pink rose quartz reminded us of sunset over the Pacific and it was important to us to use colors that convey the sense of ‘California cool’ that ‘Big Little Lies’ so embodies. We also love the on-trend asymmetric silhouette. Pearls and gold earring tops keep the earrings classic, but the asymmetry gives them a little edge — and ‘classic with an edge’ seems just like the women of the show to us.”

“As a company made by women, for women, we are always mindful about any opportunities where we can support each other in a meaningful way. Every aspect of this partnership aligned with our values and mission as a brand, and we are thrilled to be in such great company to come together and celebrate female empowerment,” said Karla Gallardo, Cuyana cofounder.

The Wing, now operating eight locations and continuing on a fast expansion plan fueled by multiple fund-raising series, has assembled a community of women attracted to its mission for female empowerment and safe spaces.

But its equation has not been perfect, with The Wing drawing controversy earlier this month upon the release of a report published by the Study Hall media newsletter, detailing member discontentment and allegations that the company maintained a veiled non-disparagement clause in its contracts, an “apparent hypocrisy…from an organization pushing female empowerment,” the report read.

The Wing has since updated its membership agreements “to make it clear that a clause regarding non-disparagement only applies to members (not our company or our staff),” read a memo distributed to members. “We actively encourage and welcome candid feedback about The Wing from all members — it’s how we have built and continue to improve our offerings,” it continued.