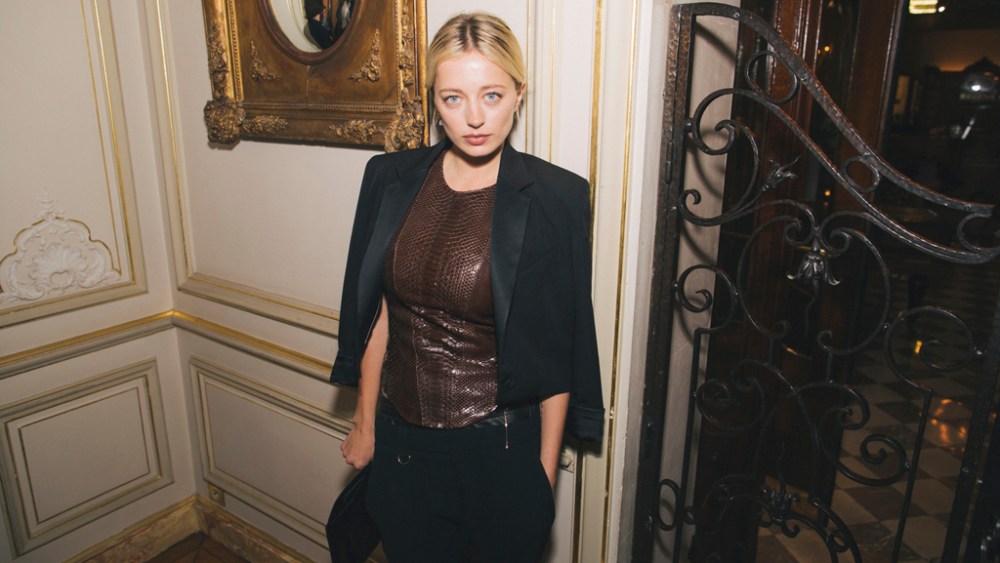 MILK RUN: Thierry Lasry and Ali Mahdavi make quite the pair. The eyewear designer and the artist and fashion photographer hosted a cocktail on Friday night.

It was to celebrate the release of a video they did together. Called “Milky Way,” the two-minute clip features a model swimming in a pool of milk. In it, she wears a glamorous pair of cat-eye sunglasses from the spring collection.

“It was a challenging shoot,” said Lasry with a laugh, noting that you cannot really warm up the milk. The video will be used for social networks and in-store animations.

The clip marks his first collaboration with Madhavi.

“We’re both fans of the Eighties,” said Lasry.

“It’s the most creative and unpretentious period. Claude Montana was a genius,” Mugler’s ex-assistant Mahdavi opined.

Mahdavi said he’s working on a capsule collection of simple classics including a trenchcoat, a peacoat and a dress with Laurent Mercier, a former Balmain designer.

The Misshapes’ Leigh Lezark, sporting a Roksanda sleeveless coat and Geordon Nicol turned out. The duo did the score of “Time to Choose,” a new documentary by “Inside Job” director Charles Ferguson investigating global climate change that will be screened during Paris Climate Summit in December. Will Vivienne Westwood attend?

“As long as she’s not coming with a tank,” said Nicol with a laugh, referring to the fact that Westwood recently drove a tank to David Cameron’s home to protest fracking.

Meanwhile, Caroline Vreeland said she is to sing at the opening of jewelery concept store Madlords on Oct. 7 after singing at the Swarovski event on Wednesday, and revealed her Snapchat addiction. “For me, it’s everything you cannot put on Instagram: falling down on the street or laughing with friends at lunch, etc. I am a snap queen,” she said.