Fellow Conservative Nicky Morgan has accused May of profligacy in her Amanda Wakeley purchase. 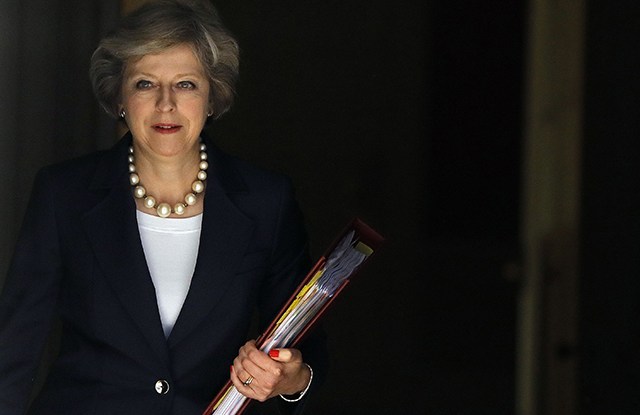 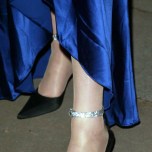 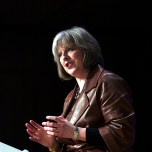 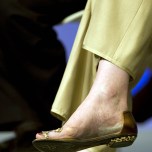 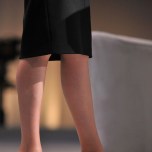 PANTS ON FIRE: Two British luxury brands – Amanda Wakeley and Mulberry – have been caught in a war of words between Prime Minister Theresa May and David Cameron’s former education secretary Nicky Morgan.

Morgan has accused May of profligacy in her purchase of a pair of brownish-gold Amanda Wakeley leather trousers, which she wore at home during a recent shoot for The Sunday Times of London — and more recently for work at No. 10 Downing Street.

In the shoot, the fashion-loving prime minister teamed the 995-pound, or $1,250, flared trousers with a pair of black-and-white Burberry sneakers and a dark, draped sweater. May has long been a lover of fashion, wearing designer brands including Roland Mouret, Anya Hindmarch, and Russell & Bromley.

In September, May hosted a cocktail at Downing Street to usher in London Fashion Week and give the industry a pep talk. “Thank you for what you are doing for British business out there, and across the world,” she told designers and industry leaders. “Long live British fashion. Let’s go from success to success.”

David Cameron’s former education secretary Nicky Morgan has accused May of profligacy in her purchase of a pair of brownish-gold Amanda Wakeley leather trousers, which she wore at home during a recent shoot for The Sunday Times of London – and more recently for work at No. 10 Downing Street.  http://www.amandawakeley.com

Morgan, who regularly sparred with May when David Cameron was prime minister, has been widely quoted as saying: “I don’t have leather trousers. I don’t think I’ve ever spent that much on anything apart from my wedding dress.” Morgan is also leading a campaign to dismantle May’s Brexit negotiation plan.

No one paid much attention to the trouser comments until this past weekend, when a member of May’s team informed Morgan’s people: “Don’t bring that woman to No. 10 again,” to which Morgan replied: “If you don’t like something I have said or done, please tell me directly.”

On Monday, hawk-eyed reporters at the pro-Brexit Daily Mail observed that Morgan is not immune to a bit of fashion fancy herself, and carries an oxblood Mulberry Bayswater bag, which currently retails for about 850 pounds, or $1,068. Morgan has made it clear her bag is more than a decade old, and was a gift.

While this is yet another intra-Tory battle about how and when Brexit process should unfold, Daily Mail columnist Quentin Letts thinks it’s also nasty and anti-feminist.

“Nicky Morgan claims to be both a modern churchgoer and an ardent feminist. Her remarks were hardly evangelical or sisterly. But then consistency and grace have seldom been much discernible…since this ambitious but clumsily duplicitous politician first entered the (House of) Commons in 2010,” he wrote.