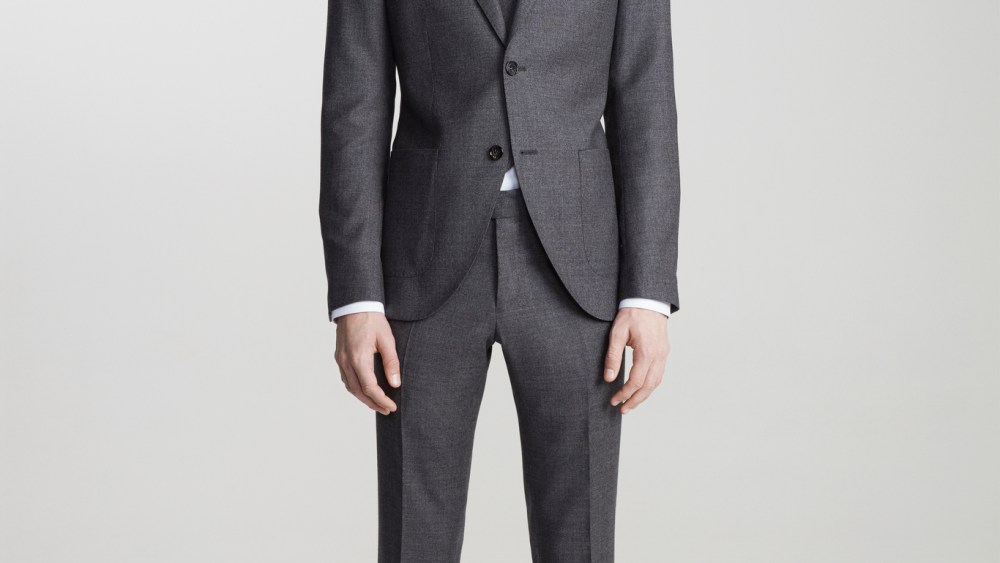 QUIET TIME: Tiger of Sweden opted out of the London men’s runways this season and showed the collection by appointment in London. Andreas Gran said he was thinking about what makes the suit relevant today when designing the fall 2017 range, and the answer came in the form of looser silhouettes inspired by British tailoring as well as T-shirts, V-neck sweaters and sneakers.

“Nobody really has a dress code anymore. You don’t really feel that you have something to prove by putting on a suit, you just want to enjoy wearing it,” Gran said. “I was thinking a lot of how I dressed myself in the early Nineties. There were a lot of T-shirts over the shirts, a lot of tracksuit bottoms that we have incorporated into our tailoring, with looser pants with buttons on the side, to combine the Nineties aesthetics with British tailoring.”

There were also double-breasted jackets with sharp shoulders and baggy trousers in a palette of gray, navy, dark green and black-and-white check patterns. Gran said he moved away from last season’s prints and opted for darker colors which add depth to the fabrics.

The sportswear-inspired, Nineties influence also made its way to the accessories; a series of beanies with words such as “truth” or “ideals.”

“There are a lot of negative things happening in the world we live in, so it was important for me that we took a stance. I don’t necessarily want to tell you what to think or what to do, but to encourage you to speak up your mind if you’re not happy about something,” Gran added.

The label’s outerwear was another highlight in the collection and ranged from satin bomber jackets to an oversize parka, inspired by utility wear and featuring additional straps, so that customers can attach it to their backs if they want to take it off.

The brand also continues to focus on its collaborations, teaming with Loro Piana to create its cashmere and thick flannel jumpers, and with Cerruti on outerwear.

Although Gran opted out of presenting the collection as part of the official London Fashion Week Men’s calendar he said the brand is still committed to showing in London. “We have had quite a good relationship with London, for its vibe and aesthetics,” said the designer, who said the brand would be back on the catwalk in future seasons.