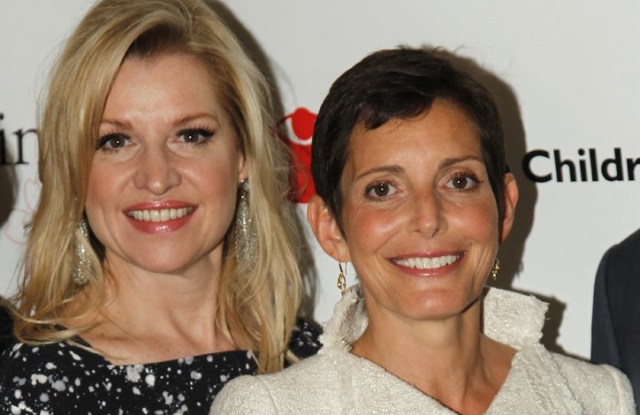 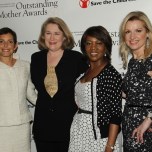 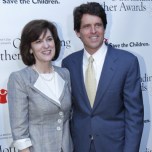 HAPPY MOTHER’S DAY: “I’m honored to be given an award for my mothering skills, but you should have consulted my children,” grinned actress Alfre Woodward, upon receiving a 2010 Outstanding Mother Award at the 32nd annual Outstanding Mothers Awards luncheon at The Pierre hotel Thursday. Another honoree, Maureen Chiquet, global chief executive officer of Chanel, agreed with her, and gave credit to her “outstanding children and extremely outstanding husband. I’d be lost and sunk if not for my husband,” said Chiquet, noting he’s at every sports event and school meeting while she’s often “in Seat 1L on Flight 006 from Paris.” Honoree Mindy Grossman, ceo of HSN, got a standing ovation for her heartfelt thanks to her mother, who recently died within three days of her father. Her mother always told Grossman, who was adopted, how special she was and “that I could do anything and be anything. She was my biggest supporter and fan from Day One.” Holly Atkinson, chief medical officer of HealthiNation, and lawyer Victoria Reggie Kennedy were also honored.

AN UNWANTED CONNECTION: Talk about ignominious former employees. It turns out alleged Times Square bomber Faisal Shahzad once worked at Elizabeth Arden. Shahzad worked in the accounting department at Arden’s Stamford, Conn., office from January 2002 through June 2006, when he resigned to join another company, an Arden spokesperson confirmed Thursday.

CAFE SOCIETY: A gaggle of celebrities, with a strong French accent, are slated to wing their way to Saint-Tropez next week to take in Chanel’s cruise collection and a mini movie directed by Karl Lagerfeld. Among those expected to take their seats in the red directors’ chairs at Sénéquier are Vanessa Paradis, Gaspard Ulliel, Diane Kruger and boyfriend Joshua Jackson, Anna Mouglalis, Elisa Sednaoui and Pascal Greggory.

OSCAR COMES TO TOWN: “All First Ladies start in something else, but they always end up in Oscar,” said Jane Lipton Cafritz, chairman of the Washington National Opera’s Board of Trustees, reflecting on the sartorial mark Oscar de la Renta has left on the East Wing of the White House. De la Renta flew in for a trunk show and fashion presentation at the Neiman Marcus store in Mazza Gallerie in Washington on Thursday and the recession was but a vague memory in the minds of the women swarming over his fall collection. But the economy was on the mind of de la Renta, who has seen business pick up in New York and even the Washington metropolitan area, but remain soft in California and difficult in Europe. “Our business in Europe is suffering a lot,” de la Renta said. “We were actually going to open a store in London, but we decided to wait. It is a big investment and real estate in England is very expensive.” So de la Renta has turned his focus to other regions in the world, including the Middle East, where he opened a store in Dubai a few months ago and is on plan to open at least two more in the region this year.

STRONGER THAN THE AVERAGE BEAR: Walter Van Beirendonck may not have had the University of California Golden Bears in mind when designing his spring-summer “Wonder Bear” men’s wear collection, but the Berkeley campus and mascot are figuring prominently in his weekend. On Sunday at the Berkeley Art Museum, Van Beirendonck is restaging the Paris runway show where the collection first bowed, complete with bearlike men modeling his street-smart pastel blazers, cargo pinstripe pants and graphic T-shirts poking fun at commercialism. “I’ve enjoyed the collection’s approach,” said Van Beirendonck, himself with a bear build, whose show is also being sponsored by San Francisco’s Academy of Art University and Modern Appealing Clothing.