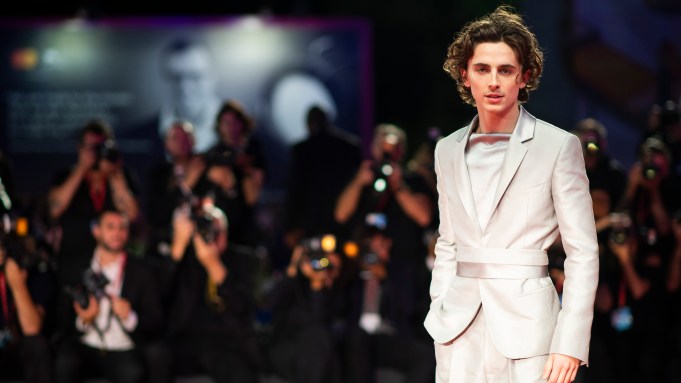 Although Timothée Chalamet has only been in the spotlight for a few years, his style has resonated with many and has made him one of the biggest male celebrities to watch on the red carpet.

The Oscar-nominated actor, who is co-chairing tonight’s Met Gala, has become known for his fashion-forward style since he was catapulted into the spotlight for his role in the 2017 movie, “Call Me By Your Name.” Chalamet’s style is defined by his experimental nature, where he looks to graphic prints, bright colors and different takes on the traditional suit for his red carpet looks. This style ethos has recently become a larger trend for men on the red carpet, specifically at this year’s awards season where many male celebrities looked to couture-like red carpet looks.

Chalamet has had many memorable red carpet moments over the years, but perhaps his most viral look took place at the 2019 Venice Film Festival, where the actor stepped onto the red carpet wearing a holographic, silver Haider Ackermann suit. The look went viral on social media and has become a hallmark of his style evolution.

The actor recently teamed with Ackermann again on his 2021 Venice Film Festival look, where he wore a black beaded sweater and matching trousers that glimmered on the red carpet against the photographers’ flashes.

While Chalamet hasn’t confirmed which designer he’s working with for tonight’s Met Gala, his look is expected to resonate with his fans and red carpet spectators alike.

Click through the above gallery to see more photos of Timothée Chalamet’s style evolution.

Everything to Know About the 2021 Met Gala