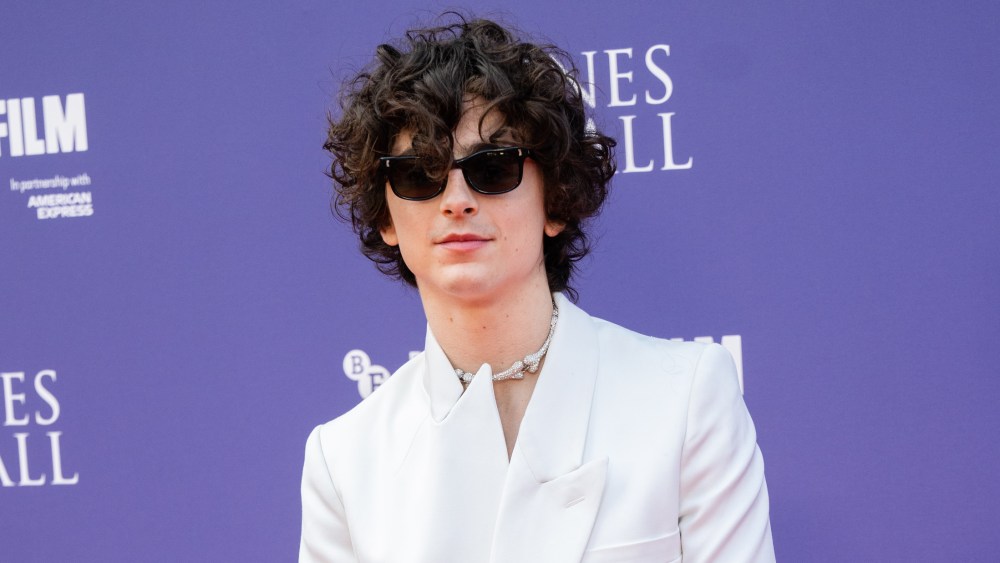 Timothée Chalamet is continuing his streak of standout suits during the BFI London Film Festival.

The actor on Saturday attended the premiere of his upcoming film “Bones and All” during the 66th edition of the film festival wearing a look from Alexander McQueen’s spring 2023 ready-to-wear collection. Chalamet’s look was an all-white suit designed with an asymmetrical collared suit jacket, fitted white trousers and white Chelsea boots.

Chalamet posed on the red carpet alongside costar Taylor Russell, who had her own standout fashion moment wearing a couture short jacket over a satin corset paired with a black silk skirt from Schiaparelli’s fall 2022 couture collection.

This is Chalamet’s latest standout fashion look during the promotional tour for “Bones and All.” At the Venice Film Festival, Chalamet looked to his edgy style by wearing a custom Haider Ackermann metallic red halter-neck top with a backless design paired with matching red pants for the film’s premiere. For the film’s photo call earlier, Chalamet wore a Celine floral wool cardigan, camouflage cargo shorts and black lace-up boots.

Chalamet has had several other standout looks this year, including at the 2022 Oscars where he arrived on the red carpet wearing a black lace and sequin-embellished suit jacket and black fitted pants from the Louis Vuitton spring 2022 rtw collection.

Directed by Luca Guadagnino, “Bones and All” is a hybrid romantic, coming-of-age thriller film based on the 2015 novel of the same name. The film will hit theaters on Nov. 23.