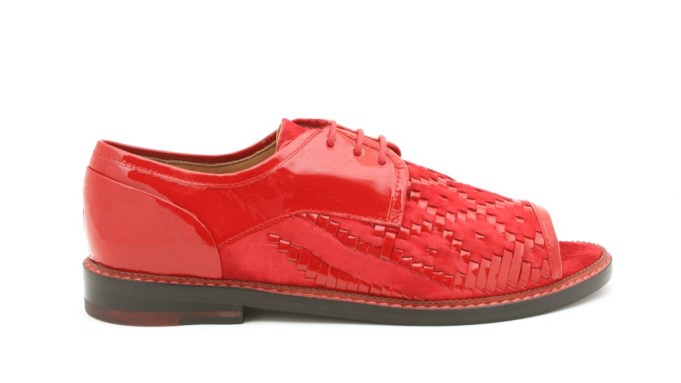 TO THE FEET: Thakoon Panichgul is expanding his contemporary collection Thakoon Addition, adding shoes to the assortment. Done through a license with Six London, which produces shoes for Opening Ceremony and Tocca, Thakoon Addition is launching for spring with three styles in multiple colorways and will expand to a full collection for pre-fall. “Addition just gets bigger and bigger and there’s a need for a stand-alone shoe statement,” said Panichgul, who launched Addition as a capsule component to his runway collection in 2009. Addition is now in 200 doors, including Saks Fifth Avenue and Barneys New York.

The shoes reflect Addition’s sporty, playful attitude with a mix of mannish shapes and bohemian accents. For example, there are variations on flat and chunky high-heel brogues with a colorful, woven tribal pattern and blunt-cut open toe. Prices range from $500 to $575 and retailers are still being confirmed.