The cocktail gathering held Thursday to fete the opening of the new hotel made for some surprising conversation. 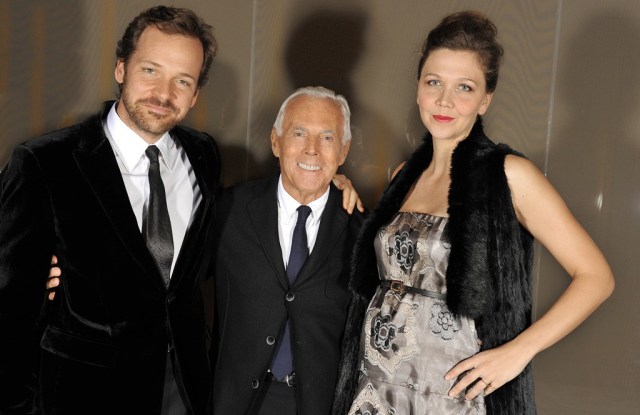 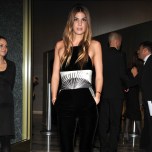 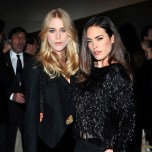 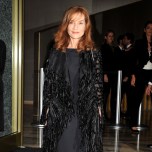 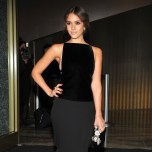 TOASTING ARMANI: The cocktail gathering held Thursday to fete the opening of Giorgio Armani’s new Milan hotel made for some surprising conversation as Maggie Gyllenhaal discussed her latest movie, “Hysteria,” on the invention of the vibrator. “It was originally meant to help cure hysteria, but I play a suffragette who sees it only as a sexual tool,” said the actress, accompanied by her husband Peter Sarsgaard. On a different and less controversial note, Jessica Alba, who had her second child last summer, discussed the launch of her organic line, which includes chemical-free diapers, shampoo and house cleaners. Called “The Honest Company,” from the name of her first child, Honor, it will launch in January and be sold online. Barbara Berlusconi, daughter of Italy’s Prime Minister Silvio Berlusconi, dodged reporters’ questions on her father’s pledge to step down. “It’s not the right moment to make any statement,” she said, holding on to her boyfriend, A.C. Milan soccer player Alexandre Pato. Actress Isabelle Huppert, Matteo Marzotto, Vladimir Roitfeld, Coco and Bianca Brandolini and Ginevra Elkann were also among the guests.