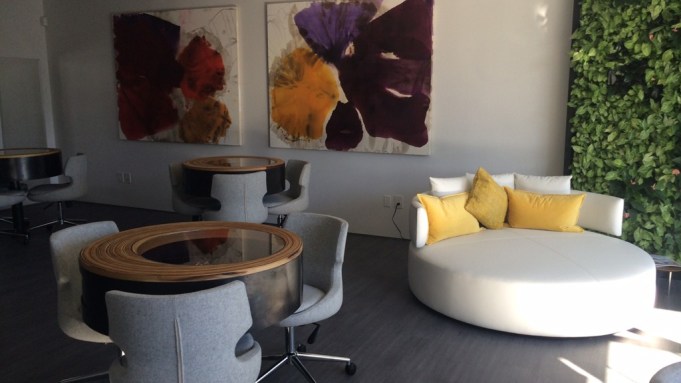 TODD REED BOWS IN VENICE BEACH: Boulder, Colo.-based jeweler Todd Reed opened his second boutique on Tuesday, a 4,000-square-foot retail space on Abbot Kinney Boulevard in Venice Beach. Featuring black concrete floors, Spanish cedar fixtures, living walls and recycled steel beams, the tri-level building has a residential feel in line with the California modern aesthetic of the trendy retail street, which is also home to Alexis Bittar, Fiorentini & Baker, Satine, Rag & Bone, Kendall Conrad, Jack Spade and Iro. The first floor features an eight-foot-diameter floating indoor-outdoor case and a jewelry workshop, while the second floor is a bridal boutique where rings are displayed in four hydraulic display pods that invite shoppers to sit and try on. “We like to curate experiences in residential neighborhoods where the energy is in sync. Our plan is to open five stores in five years in places that have evolved the way Boulder and Venice have,” said Reed, whose upcycled diamond and recycled gold pieces wholesale in 70 doors nationwide. Reed, whose brand celebrates its 21st anniversary this year, also has a sizable custom-order business and launched mens’ jewelry and belts this year.