ITALY IN CHAPTERS: Tod’s is unveiling a project Friday called “Aria d’Italia” that celebrates the contemporary Italian lifestyle — which the brand has always endorsed — and its values.

Through eight key words, “Aria d’Italia” forms a sort of documentary that relates the personal and professional stories of artists, entrepreneurs and artisans from around the world who are representative of the Italian identity, finding inspiration in the country and sharing its values.

The first chapter, “Pleasure,” highlights a lunch in a restaurant in Tuscany and a day in a traditional “masseria,” or farm, in Apulia, showing chef Marco Baldeschi and entrepreneur Francesco Mondadori. The latter is quoted as saying: “If a Martian came here, I would not take him to Rome but around the provinces, to discover hidden and exceptional locations.” 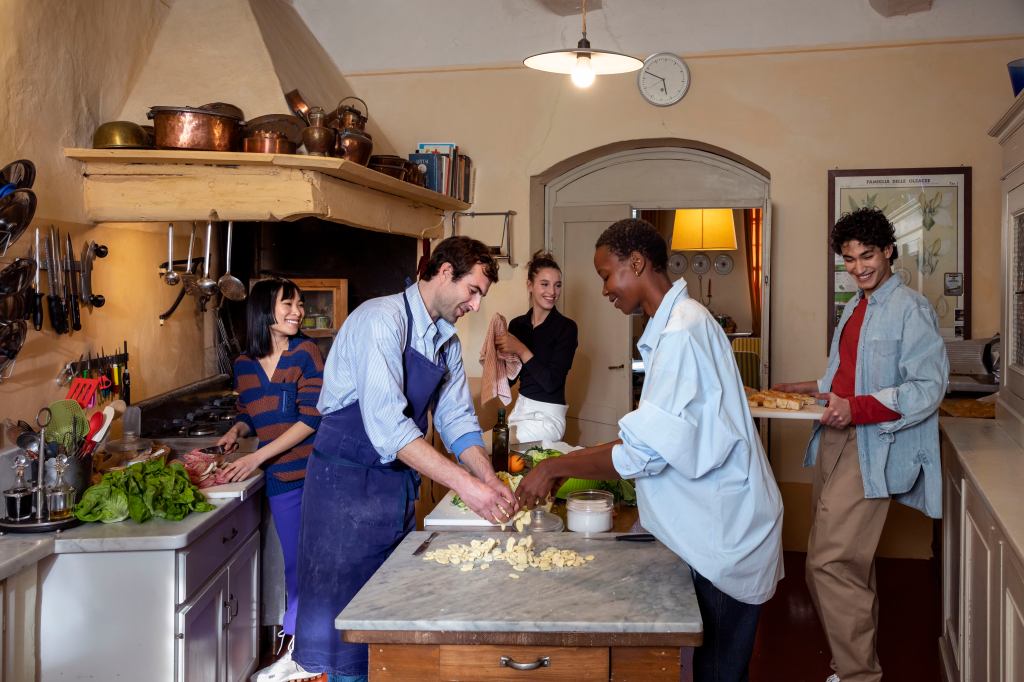 An image from the Tod’s “Aria d’Italia” Chapter 1: Pleasure.

The second chapter is called “Timeless,” based in Sicily and in Piedmont where a young couple restores an abandoned villa, turning it into a small, charming hotel, fronted by Gemma Richards, who did just this with the La Foleia property.

This is followed by the “Imagination” chapter, in Noto, Sicily, fronted by painter Sergio Fiorentino, photographer Rosita Gia, and model Matilde Rastelli. “For me, imagination is a dream, something that is not real but that, at the same time, flows from something that you have lived through and that is in you,” Fiorentino is quoted saying.

The “Craftsmanship” chapter highlights the skills of car detailing expert Marcello Mereu and of Zazie Gnecchi Ruscone, who paints fabrics by hand.

In “Passion,” Filippo Jacobsson lives surrounded by nature in Como and designer Giovanna Carboni, who creates unique pieces with antique techniques. “I no longer get angry if we Italians are defined by pizza and the mandolin: there is some truth to it! We love food and in our nature there is a vocation to entertain,” says Carboni.

In “Joy,” a young group of people, including producer and director Virginia Taroni, spend time in a villa in Cernobbio and, in Palermo, Giuseppe Lanza Tomasi, heir of “The Leopard” writer Giuseppe Tomasi di Lampedusa, says: “The secret to the joyful Italian lifestyle? Knowing how to be light as spritz bubbles but at the same time extremely refined and firm in making daily choices.”

The “Boldness” chapter closes the series, fronted by Sofia Cacciapaglia, the youngest artist ever to exhibit at the Biennale di Venezia, in her Milan atelier, with architect Luca Bombassei, president of the “Venice International Foundation.”

Each chapter will be revealed one at a time on Tod’s digital channels. The photos by Guido Taroni will be assembled into a book to be published by Rizzoli International and unveiled in September.