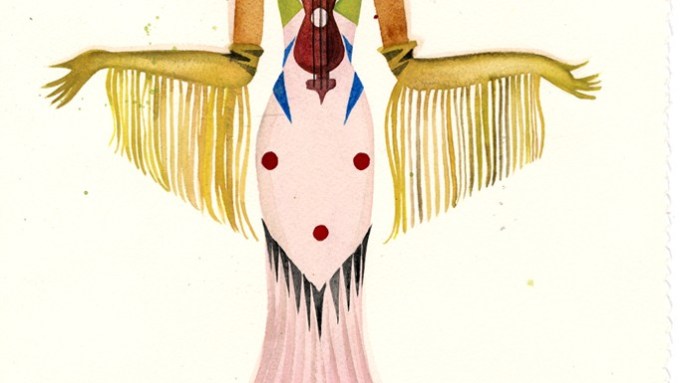 TOLEDO GETS TONY NOMINATION: “It’s fantastic. The nomination is a big deal. Who expected it?” said an excited Isabel Toledo, after receiving her first Tony Award nomination Tuesday for best costume design for a musical. Toledo designed the costumes for “After Midnight,” a musical ode to the Twenties and such Harlem hot spots as the Cotton Club and the Savoy.

Toledo was recognized for her tailored zoot suits and top hats and tails for the men and glamorous dresses with Swarovski crystal for the women. “My main objective was to make the garment feel like music. Every dress took into account the music and the choreography. It’s a musical about music. I wanted to give it the memory of jazz, but still keep it alive,” said Toledo, who designed more than 100 costumes for “After Midnight,” which got seven nominations, including Best Musical (where it’s competing against “Aladdin,” “Beautiful: The Carole King Musical” and “A Gentleman’s Guide to Love & Murder.”)

Toledo said her husband Ruben received the phone call Tuesday morning while she was in the shower. “I almost drowned, I was so happy,” said Isabel Toledo. Although she has designed costumes for Twyla Tharp, this is the first time she has designed costumes for a Broadway show. Toledo is up against Linda Cho for “A Gentleman’s Guide to Love & Murder,” William Ivey Long for “Bullets Over Broadway” and Arianne Phillips for “Hedwig and the Angry Inch.”

In the category for Best Costume Design of a Play, the nominees are Jane Greenwood for “Act One,” Michael Krass for “Machinal,” Rita Ryack for “Casa Valentina” and Jenny Tiramani for “Twelfth Night.”