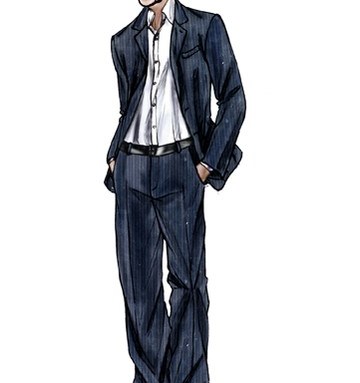 CHASING CHIC: What’s the suitable attire for a high-stakes chase that involves jumping over rooftops, flying on top of car hoods and climbing up chimneys? For Tom Cruise, the sartorial choice would be Giorgio Armani. In his newest action flick “Knight and Day,” his secret-agent character Roy Miller sports a navy pin-striped Giorgio Armani made-to-measure suit on the run in Salzburg, Austria. Armani’s creation proves to be quite durable. It remains chic through the end of the scene, when Cruise’s secret-agent character plunges into a freezing river.

MAKE SURE SHE PAYS AT THE REGISTER: Lindsay Lohan’s legal woes just won’t let up. The West Hollywood boutique Church filed a lawsuit in Los Angeles Superior Court Wednesday against the actress seeking payment of $16,880.83 for items that Lohan bought between November 2009 and February 2010. “When she came in the store, she told us to bill her business manager, which is not altogether uncommon for celebrities,” said co-owner David Malvaney, adding that an invoice was sent for the $17,060.83 bill but that only a payment of $180 was received. Among the items on Lohan’s shopping list were two pairs of Ron Donovan exotic-skin shoes, which retail between $800 and $2,000, and several Mortimer embellished vintage rock ’n’ roll T-shirts. Malvaney said he and business partner Rodney Burns, both former Maxfield staffers who opened Church in September 2009, have no hard feelings against the actress. “I actually like her, but we just need to get paid.”

UNLOVED LOTS: Two Alexander McQueen dresses from the autumn 2007 “Salem Witch” collection, the first items to go under the hammer since the designer’s death in February, failed to sell at auction in London this week. The sale took place at Bonhams’ auction house in Knightsbridge and featured a gold-sequined gown that carried an estimated price of 12,000 pounds to 18,000 pounds, or $17,939 to $26,905 at current exchange. A second dress, made of peacock feathers, carried an estimate of 10,000 pounds to 14,000 pounds, or $14,949 to $20,923. The Bonhams sale also featured 14 pieces of furniture from the legendary former Biba store on Kensington High Street, of which only half the lots sold. The top lot, a cellulose mannequin, sold for 1,680 pounds, or $2,510. A spokeswoman for Bonhams could not be reached for comment on the sale.

YOUNG AT HEART: There are no fashions too small for Silvia Venturini Fendi. The designer is overseeing the Roman house’s latest venture: an upscale kids’ collection in partnership with Italy’s Simonetta SpA. The collection, for newborns to boys and girls up to age 12, was unveiled at Pitti Immagine Bimbo in Florence. The made-in-Italy line for little girls boasts soft and pale colors, floral prints, small checks and a bucolic inspiration, according to Venturini Fendi. Simonetta also produces young lines for Roberto Cavalli and Fay.

SAIL AWAY: Yves Carcelle has been decorated as an honorary member of the New Zealand Order of Merit. The chairman and chief executive officer of Louis Vuitton was recognized during a ceremony in Paris for his services to international sailing and New Zealand, notably for organizing Vuitton-branded regattas in Auckland the past two years. Carcelle is only the third French citizen to receive the distinction.

MELLO RECOVERING: Dawn Mello underwent a second operation last month to repair a shattered femur. She was hit by a bicycle rider last October, who took off without helping her. “I’m feeling physically okay, but to be confined to a walker is difficult,” she said Tuesday. “I missed the European collections, but step by step I will get over this.” Fall or the end of the summer is her goal.