Ford will be presenting his spring 2022 collection in a live presentation in New York in September.

After two challenging seasons with very few in-person fashion shows, Tom Ford, chairman of the Council of Fashion Designers, is looking forward to a “significant return to live shows.”

In a statement Monday, Ford said this season’s shows in September will be an opportunity “to reaffirm the resilience and independence of American fashion and New York City as a global fashion force.” 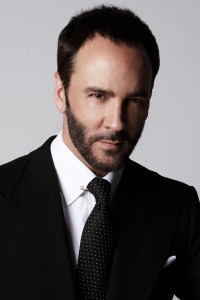 As reported, New York Fashion Week will run Sept. 8 to 12. Ford said the talent lineup will be strong with designers returning to the week and, in some cases, New York. He confirmed that he plans to present his spring 2022 collection in New York during the week.

The Met Gala for the Costume Institute exhibition “In America: A Lexicon of Fashion,” will close out NYFW. Ford, as reported, is honorary chair of the benefit. Anna Wintour will serve as co-chair, with Instagram’s Adam Mosseri. Other co-chairs are Timothée Chalamet, Billie Eilish, Naomi Osaka and Amanda Gorman. The event is planned for Sept. 13. A second Met Gala is slated for May 2, 2022.

“I started my career on Seventh Avenue and while I spent most of my working life in Europe, I am incredibly proud to be an American designer and a part of our community and New York Fashion Week,” Ford said.

The CFDA has said it anticipates the week will feature a return to in-person shows produced in adherence to New York State Health Guidelines, along with a continuation of digital collection presentations.

As reported last month, several designers said they would be having a live show in September, such as Gabriela Hearst, Pyer Moss, Markarian and Jonathan Simkhai. Others such as Ralph Lauren, Marc Jacobs, Prabal Gurung and Michael Kors hadn’t made up their minds yet. Tommy Hilfiger is not going back on the calendar for NYFW, as reported.

Jason Wu was one of the few designers to hold live fashion shows the past two seasons. He hadn’t decided on the format for September yet. Rebecca Minkoff, who has also held live “buy now, wear now” events, is planning a live event in September.

As France gradually lifts pandemic-related restrictions, the next edition of Paris Fashion Week for men’s wear has been cleared for physical shows and presentations. The men’s shows are scheduled for June 22 to 27.

Italy is likewise opening up. Last month, the organizer of Milan’s fashion week, the Camera Nazionale della Moda Italian, said it was planning a men’s fashion week that would include both digital and physical events. Milan Fashion Week Men’s Collection is to take place from June 18 to 22.