Tom Ford Taking His Runway on the Road

Tom Ford is taking his next runway show on the road — to Los Angeles.

The designer, director and red-carpet king will show his fall 2020 collection on Feb. 7, two nights before the Oscars.

“The decision to show in February in Los Angeles feels very natural to me. It is my home and has a strong impact on the way that I live and work within both the fashion and film worlds,” Ford said. “This year, the New York Fashion Week calendar exactly overlaps Oscar weekend, and the last time that happened I showed in L.A. and it worked quite well. There is an excitement in L.A. on that particular weekend and the relationship between film and fashion is a strong one. In my role as chairman of the Council of Fashion Designers of America, my main intent and priority is to globalize and bring attention to American fashion. There is truly no bigger or more prominent stage in the world at any given time than Los Angeles during the Academy Awards.”

Still, the decision for Ford to go west comes as a bit of a surprise, since the CFDA so far has been focused on bolstering New York Fashion Week, and a spokesperson for the organization said in September that there were no plans to move the fall 2020 collections to L.A. as an alternative, despite the fact that fashion week runs Feb. 6-13, in the thick of awards season lead-up and the Oscars.

“Tom Ford has deep ties to Hollywood and it is his home. We support his choice to show in Los Angeles and to promote American fashion on this important weekend in February. His decision will not impact the official New York Fashion Week schedule,” said Steven Kolb, president and chief executive officer of the CFDA.

Ivan Bart, president IMG Models and Fashion, who is overseeing the New York Fashion Week shows at Spring Studios in February, had no comment on Ford’s decision, or a potential movement to L.A., where IMG has hosted runway events in the past with Jeremy Scott, Opening Ceremony and other brands on the agency’s roster.

Yet one wonders if other designers could follow Ford and show in the City of Angels to attract the international media spotlight, particularly red-carpet seekers such as Brandon Maxwell, or Rodarte’s Kate and Laura Mulleavy — who have already shown in L.A.

“We are so excited to see Tom Ford bring this kind of attention and energy to Los Angeles,” said Jonathan Simkhai, who relocated his business to L.A. from New York in 2018. “I will still be showing in New York in February, but we are planning something very special ourselves to take place in L.A. in the coming year.”

Another designer who is staying put is Christian Siriano, who dressed 17 people for the Oscars in 2018. He’s showing in New York on Feb. 6, but said he wouldn’t rule out showing in L.A. in the future. (Though the Oscars date will shift ahead again over the next few years, to Feb. 28, 2021, and Feb. 27, 2022, leaving early February’s New York Fashion Week in the clear.)

Although Ford likes to keep his two worlds separate, he is the director of two films, “A Single Man” and “Nocturnal Animals,” and has made Hollywood dressing a cornerstone of his brand image, wardrobing a bevy of men and women for past awards red carpets, including Gwyneth Paltrow, Brad Pitt, Leonardo DiCaprio, Jennifer Lopez, Margot Robbie and Daniel Craig, all of whom are already nominated for awards this season.

The last time he showed in Los Angeles was in February 2015. He invited 500 of his friends from the film, TV, music and fashion worlds, including Lopez, Paltrow, Beyoncé, Jay Z, Miley Cyrus, Fergie, Julianne Moore, Sofía Vergara and Elton John. One assumes this show will be even more starry.

It will also draw one of the hottest tickets away from New York Fashion Week at a time when it has been struggling to stay relevant in the shadow of Europe’s blockbuster luxury brand shows, which have their own paid-for star power.

But Ford has always known how to work the spotlight, first whetting the appetite for his namesake women’s collection during New York Fashion Week in September 2016, in a private showing featuring some of the most stylish women in the world wearing his clothing — Beyoncé, Moore, Lauren Hutton and Daphne Guinness among them. He took a regular slot on the New York Fashion Week calendar starting in spring 2018.

His upcoming L.A. show should be a media win for American fashion, not to mention a shot of glamour for Hollywood, which has faced dwindling public interest in and TV ratings for all of the major awards shows in recent years. (No word on the runway venue yet, but guessing it will be a 180 from the New York subway where Ford showed in February, though no less cinematic for sure.)

Appearing in commercials as a child, Ford has always had an affinity for L.A.. and maintained a second home in Beverly Hills when he worked in Europe. After his careers at Gucci and Yves Saint Laurent, he initially said he was quitting the fashion industry altogether, heading for Hollywood in 2004. Intent on a directing career, he opened Fade to Black Productions in the former Geffen Records building and signed with CAA agent Bryan Lourd.

He came back with beauty and eyewear in 2005, following with men’s and women’s soon after. After being based in London for 18 years, Ford officially moved back to America in 2017, taking up residence in L.A., and adding to the growing fashion cachet of the city.

Since then, L.A.’s cultural clout has been rising. The Frieze L.A. Art Fair had a successful debut last February at Paramount Studios (and will return next year); the Obamas set up their own production company at Netflix, and the Academy Museum of Motion Pictures and Lucas Museum of Narrative Art are both under construction. Money continues to pour in from entertainment, digital media firms and burgeoning cannabis brands. LVMH Moët Hennessy Louis Vuitton is betting on L.A. by buying up real estate around Rodeo Drive to develop a property for its Cheval Blanc hotel, and Gucci is planning its second restaurant in the world on the famed Beverly Hills shopping stretch.

But nowhere in the recent cultural renaissance has the idea of creating a real L.A. Fashion Week come up, and there is no reason to think it will now necessarily, unless Ford’s show tops expectations and swings the American fashion momentum west. Everyone will be watching. 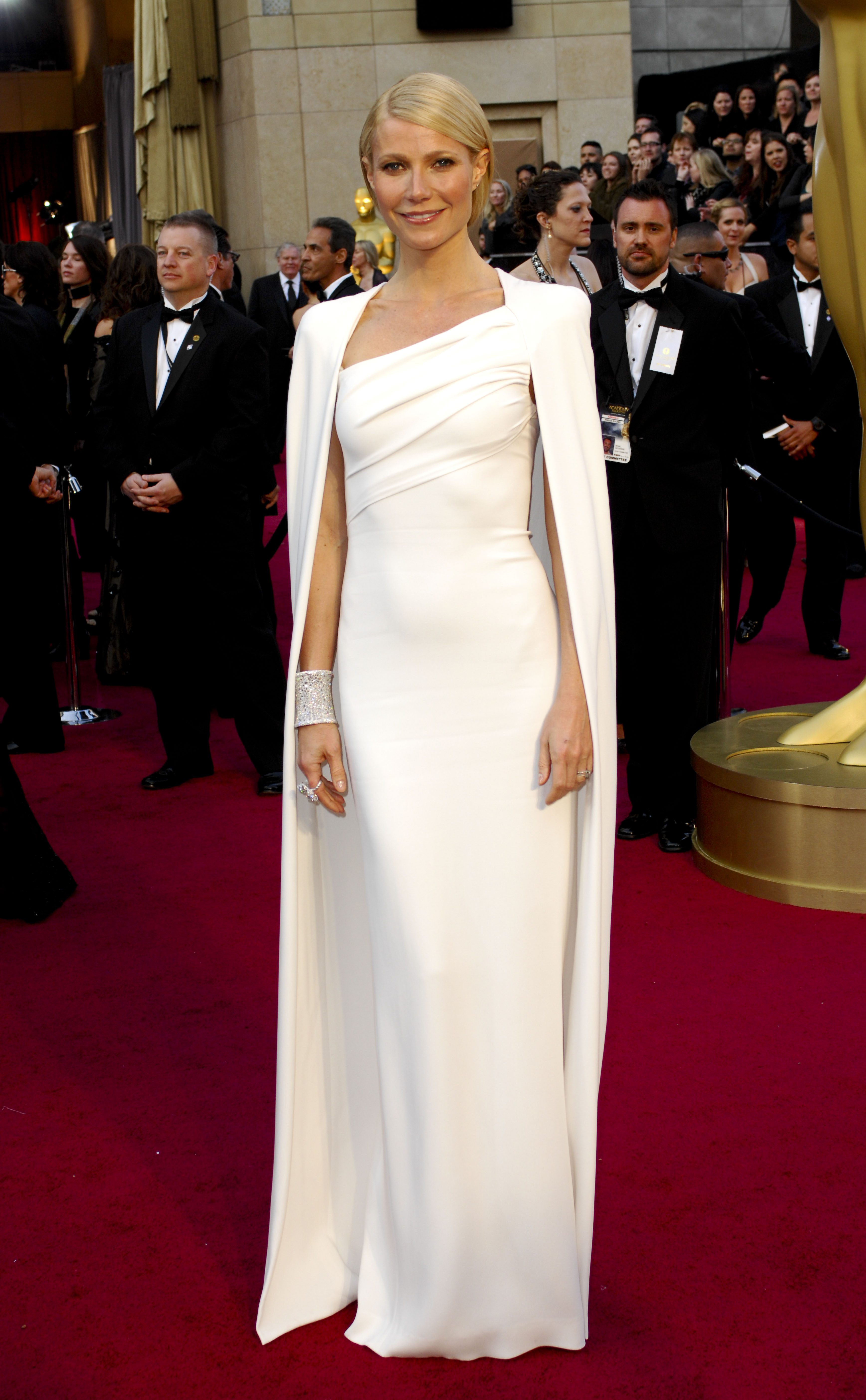 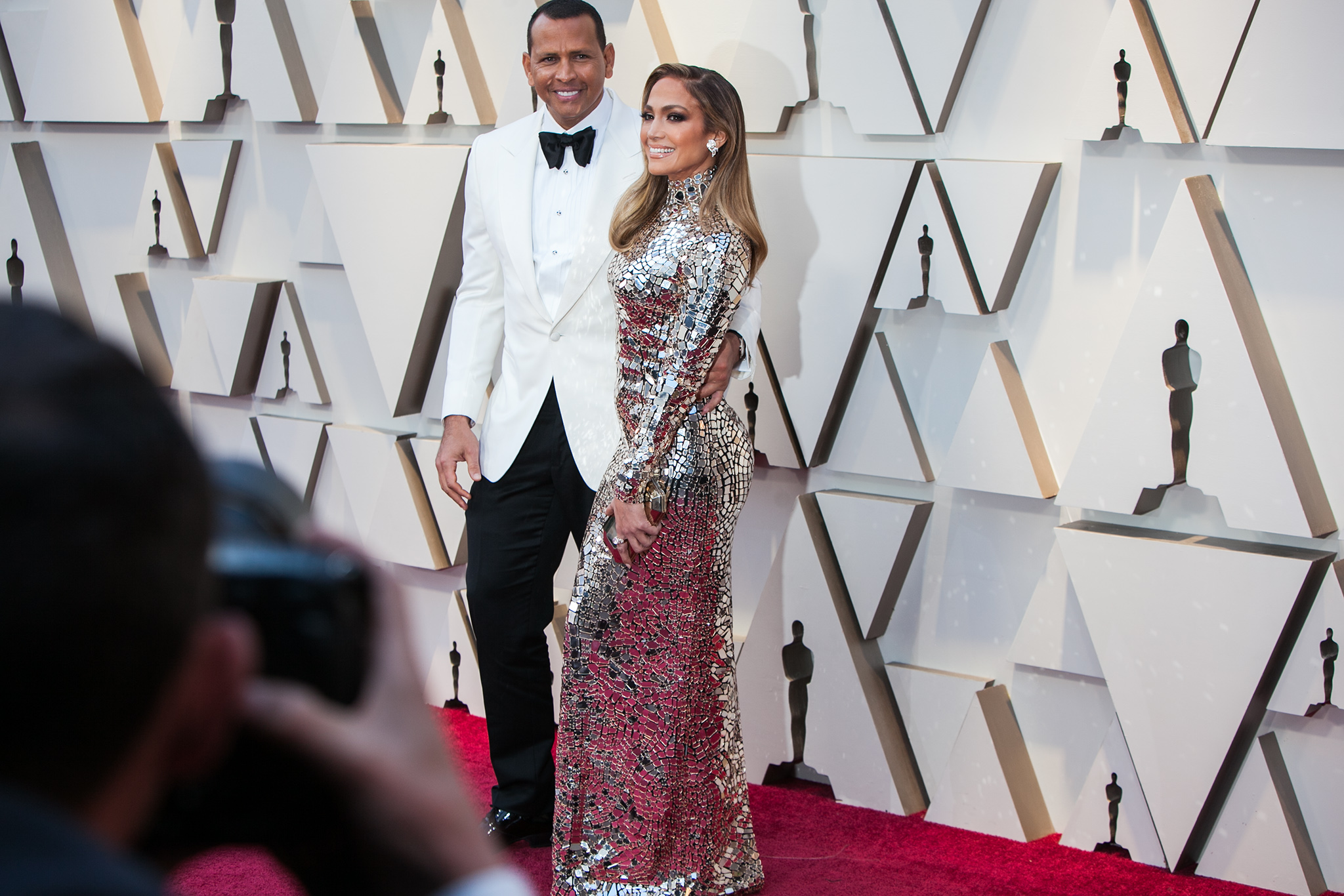 Alex Rodriguez with Jennifer Lopez in Tom Ford at the 2019 Oscars.  Lexie Moreland/WWD