The book chronicles Hilfiger's setbacks and comebacks in building a multibillion dollar company. 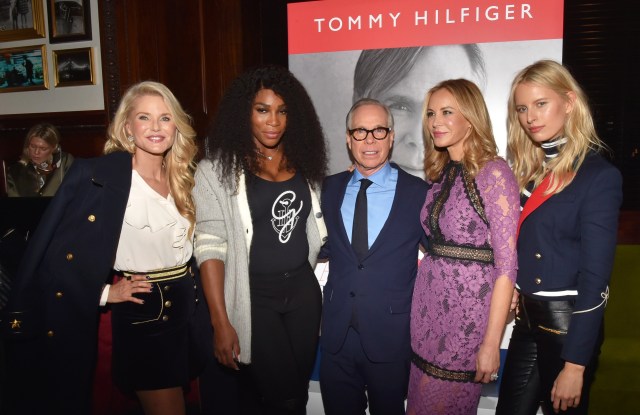 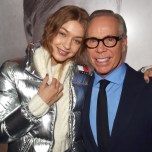 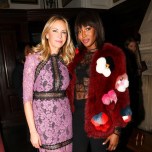 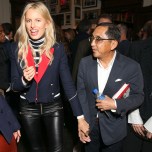 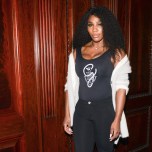 Tommy Hilfiger’s friends, colleagues and family were out in full force Tuesday night to toast his new book “American Dreamer” that was published this week.

McKee said she’s still recovering from her adventure climbing Mt. Kilimanjaro with 11 girlfriends to raise money for breast cancer. Nine out of 12 made it to the summit, and McKee, who called it “a great bonding experience,” said she’s glad she did it but wouldn’t do it again. (There were no toilets or showers for six days.) “I think it’s the hardest thing I’ve ever done,” said McKee, who lost two toenails as a result.

Williams said she hadn’t read Hilfiger’s book yet, but was looking forward to it. “He’s a great guy and so supportive of my fashion all the time,” said the tennis star.

Brinkley said she dove right into the book’s pictures. She is photographed in the book presenting Hilfiger with an American Image Award. As for her latest project, she is launching a line of Italian, organic all-natural vegan Prosecco wine called Bellissima which is being carried by Stew Leonard’s. She will be on “CBS Sunday Morning” on Nov. 20 to talk about it before Thanksgiving.

Andy Hilfiger, Tommy’s younger brother, loved the book. “It’s our life story,” he said. “It was very accurate. A lot of the music stories, such as Snoop Dogg, I definitely had my hand in.”

Tommy Hilfiger himself said has no idea how the book will do but expects there to be a lot of interest from existing customers and fans and students who are looking to build a brand. The designer has begun the media rounds appearing on “Charlie Rose,” “CBS this Morning” with Gayle King, “The Wendy Williams Show” and several other radio and TV shows, and was headed to Princeton University on Wednesday to talk with students, faculty and community members.

Asked whether  there was  anything he wished he didn’t include, he said no, but would  have liked more time to include his collaboration with Gigi Hadid and the see-now-buy-now collection. “It’s been beyond our expectations,” he said. Does he think Hadid has read the book yet? “No, she has no time,” she said. When given the suggestion that she could read it on the plane, he said they didn’t have an audio version yet. But what about bringing along the hardcover? “Do you think young people read books anymore?” joked Hilfiger.

Hilfiger said his favorite part of the book was talking about People’s Place. “It brought me back to the Seventies. I had a little seed of a dream. I can feel
myself in the store folding sweaters and smelling the incense burning. It was so much fun. I had no idea what was going to happen.”

Chou, Hilfiger’s former partner, said he read the book and enjoyed it. “It was fantastic. It was so Tommy. Everything is authentic and no bulls–t.”

Not that he doesn’t expect the book to sell, but Hilfiger said he plans to auction off five of his contemporary paintings from his New York and Miami homes, which include such artists as Jean-Michel Basquiat, Jean Dubuffet, Damien Hirst, Andy Warhol and Keith Haring at Phillips auction house Nov. 16. And what will he do with proceeds? “I’ll be buying more art,” he grinned.