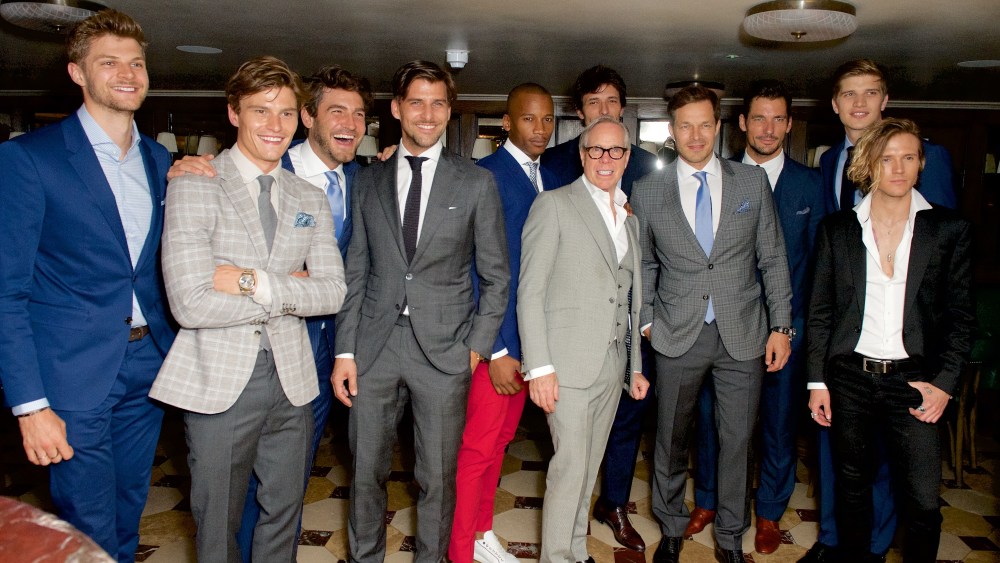 “What can I get you to drink?” he asked, as he welcomed guests including art dealer Tim Jefferies and models Robert Konjic, Johannes Huebl and Andrés Velencoso. The men’s week ambassadors, including David Gandy and Oliver Cheshire, also gathered to drink Champagne around the big square bar.

Eventually, the crowd moved upstairs and settled at tables on the mezzanine, with model Paul Sculfor and Selfridges executive Sebastian Manes passing an iPhone back and forth showing photos of their favorite vintage sports cars in between a meal of burrata, salmon ceviche, steak, sea bass, sorbet and creme brûlée.

The American dancer Eric Underwood, a soloist with The Royal Ballet, arrived at the dinner after the final performance of “Obsidian Tear” at the Royal Opera House. He had an eye on his watch because he had to finish packing for a tour of Japan, where the company will be performing “Romeo and Juliet” and “Giselle.”

“How do you pack for four weeks?” he mused.

Huebl, a Berlin native, who lives with his wife Olivia Palermo in New York, was asking himself a similar packing question.

“We always talk about moving to London — I’d be closer to my family in Germany — but then we’ve have to leave New York — and you can’t be settled in both places at once. It’s just too expensive.”

Hilfiger was leaving London the following day and said he spent much of this trip window-shopping: “I saw the Harrods windows, the Selfridges ones and I did South Molton Street, but no, I didn’t do any shopping. I might save that for Italy.”