The show aims to underline the impact the musicians – who often invented their own looks – had on fashion designers. 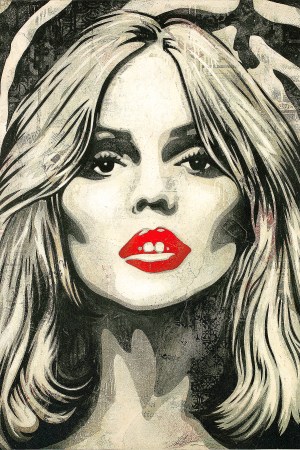 FEELING THE BEAT: Tommy Hilfiger is teaming with the American art dealer and curator Jeffrey Deitch on a London-based project that spotlights innovators in music and fashion over the past decades. “Rock Style” will feature images by leading music photographers of bands including The Rolling Stones, The Beatles and The Ramones, and singers such as Madonna, Elvis Presley and Deborah Harry.

The show aims to underline the impact the musicians — who often invented their own looks — had on fashion designers. It also shows how image-makers Arturo Vega and Malcolm McLaren created the look of The Ramones and The Sex Pistols, respectively.

“In many cases, musicians were more influential in the world of fashion than designers,” said Hilfiger.

“Rock Style” will run from Sept. 22 to Oct. 30 at London’s S|2, the private sale and gallery arm of Sotheby’s contemporary art department.

Music has been one of Hilfiger’s enduring inspirations while Deitch, a former director of the Museum of Contemporary Art in Los Angeles, oversaw an exhibition of photographs of Deborah Harry and Blondie to mark the band’s 40th anniversary last year.

S2 has in the past staged shows dedicated to artists such as Jean-Michel Basquiat, Joseph Beuys, Keith Haring, Yayoi Kusama, and to art-world figures including Vito Schnabel, Jane Neal and Steve Lazarides. It has gallery spaces in New York and London and has organized a number of pop-up exhibitions in Los Angeles, the San Francisco Bay Area, Paris and Hong Kong.