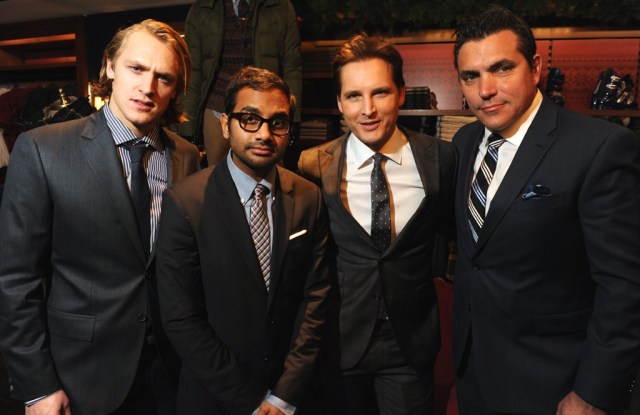 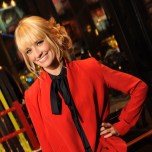 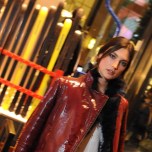 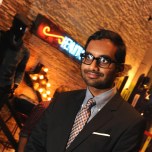 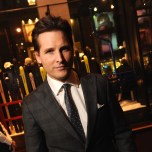 TOMMY TOWN: Tommy Hilfiger’s Fifth Avenue flagship was a morass of tweed and wool sweaters Thursday night as the store played host to GQ’s “Men of New York” party. A grip of seasonally on-trend GQ types battled their way past the tourist traffic outside to enter alpine lodge-esque space, outfitted with fake snow and ski boots. Comedian Aziz Ansari, actor Peter Facinelli, chef Todd English and New York Ranger Carl Hagelin were the titular men of honor at the cocktail reception, all decked in their Tommy best. If it seemed perhaps an arbitrary assemblage of honorees, it could be forgiven considering 20 percent of the shopping proceeds for the evening were going to Mayor’s Fund to Advance New York City for Hurricane Relief.

Facinelli ducked an assertion that he seemed more like a man of Los Angeles. “I grew up here; did I lose my New York edge?” the “Twilight” actor offered. “I live in L.A. now, but I grew up here.…In Queens. It’s good to be back.”

Ansari, who also seems more of an L.A. fixture these days thanks to his “Parks and Recreation” shooting schedule, basked in the fall wardrobe opportunities.

“It’s pretty fun,” he noted dryly. “You get to layer up. Who doesn’t like layering?”

In any case guests didn’t seem to mind. The crowd did, after all, have its choice of winter-appropriate booze courtesy of true hometown purveyors Brooklyn Brewery and King’s County Distillery.