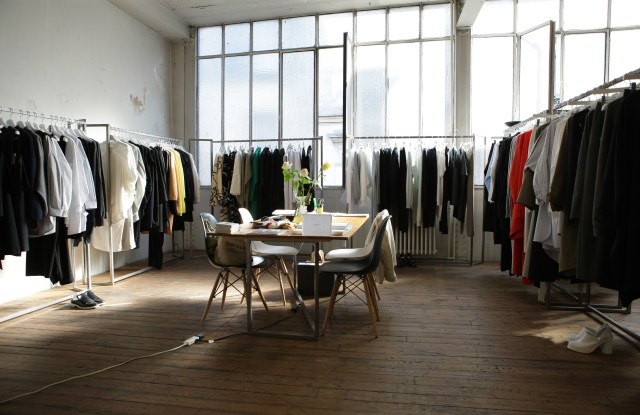 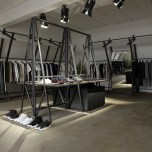 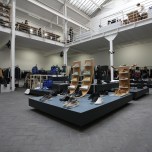 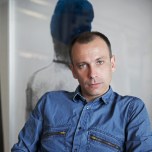 This week, Three Hills said it has invested 15 million pounds, or $21 million, into the showroom that’s aiming to break the industry mold, and become a one-stop shop for the labels it represents. Tomorrow also plans to take small stakes in some of the companies it represents.

The funding from Three Hills has allowed Tomorrow to complete a management buyout, with chief executive officer and controlling shareholder Stefano Martinetto at the helm.

Management now owns 97.5 percent of Tomorrow, which represents 60 men’s and women’s brands across a variety of product categories and in 71 countries. It has also begun working with watch and technology brands.

During an interview in Milan, Martinetto said the aim of Tomorrow is to move beyond the showroom to become “a global agent, and a one-stop shop for designers and labels.” He believes there is “a massive opportunity in scaling up and adding services to the industry.”

With the new investment behind it, Tomorrow can now offer services that range from distribution and sales to promotion, range planning, merchandising and strategic support with showrooms in major cities on both sides of the Atlantic.

A 15,000-square-foot showroom in Milan is already open, and merchandised as if it were a high-end covered market. The showroom, located in Milan’s Zona Tortona design district, not far from Giorgio Armani, was doing a brisk business during Milan’s men’s wear shows.

A 10,000-square-foot showroom is set to open in New York’s Chelsea at the end of January, while the company’s Paris flagship, a four-story affair that’s merchandised as if it were a department store, is already in operation.

Tomorrow already has a 3,500-square-foot showroom in the Biscuit Building, in London’s East End.

Tomorrow London Ltd. opened its first showroom in 2008 and according to Three Hills, earnings before interest, taxes, depreciation and amortization, or EBITDA, is in excess of three million pounds, or $4.27 million.

The target is to more than double that figure in the next five years. Tomorrow also has a logistics and distribution center, as well as the set of permanent and periodically leased showrooms.

Martinetto said the Tomorrow labels have the luxury of producing one sample collection, which the showroom touts in various cities. The logistics work smoothly, he said, although all the seasonal moving and setting up is no mean feat.

“It’s like putting on a Madonna concert,” regularly he said.

Mauro Moretti, the founder and managing partner of Three Hills, which has offices in London and Luxembourg, said he believes Tomorrow has been able to gain “a unique competitive positioning in the fashion industry thanks to its ability to source successful brands, its geographical footprint, and the innovative way it covers the full value chain.”

Martinetto, whose other labels include Frame Denim, Iris Van Herpen, Jackie JS Lee, Tibi, and Marni and Christopher Raeburn men’s wear, said he expects to see gross-up sales, which are north of 40 million pounds, or $57 million, grow by 20 to 30 percent in the next year.

Three Hills’ other investments include Aquafil, which uses recycled materials and creates synthetic fibers for apparel and sports industries; the Byron hamburger restaurant chain in London, and the software company Genius Sports Group.