Everything You Need to Know About the Tony Awards 2019

James Corden will be hosting the awards ceremony for the second time.

The 73rd annual Tony Awards are this Sunday, held again at New York City’s Radio Music Hall. Tony winner James Corden is hosting the ceremony for the second time and is joined by an A-list group of celebrity presenters, including the likes of Samuel L. Jackson, Darren Criss, Marisa Tomei and Jake Gyllenhaal, among others.

Leading with the most nominations this year is “Hadestown,” which earned 14 nominations including best performance by an actress, best book of a musical and best musical.

From how to stream the awards show to the honorary awards, here is everything you need to know about the 2019 Tony Awards.

When and where are the Tony Awards?

The 73rd Tony Awards are on June 9 starting at 8 p.m. EST on CBS. They will be held at Radio City Music Hall in New York City. 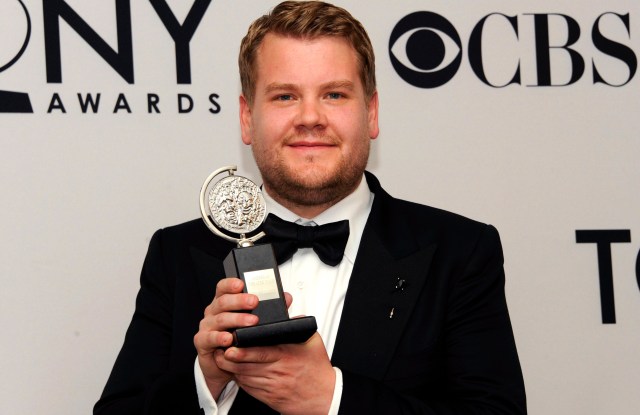 James Corden won a Tony award for lead actor in the play “One Man, Two Guvnors” in 2012.  Evan Agostini/Invision/AP/Shutterstock

Host of “The Late Late Show With James Corden” and Tony winner James Corden will return to host the Tonys for the second time. He previously hosted the ceremony in 2016, which won an Emmy Award for Outstanding Special Class Program.

Who are the nominees?

Leading with the most nominations is “Hadestown” with 14, including a best actress in a leading role nomination for 23-year-old Eva Noblezada. Following with 12 nominations is the musical “Ain’t Too Proud — The Life and Times of the Temptations.”

Best musical nominations include “Ain’t Too Proud — The Life and Times of the Temptations,” “Beetlejuice,” “Hadestown,” “The Prom” and “Tootsie.” Best play nominations include “Choir Boy,” “The Ferryman,” “Gary: A Sequel to Titus Andronicus,” “Ink” and “What the Constitution Means to Me.”

This year’s list of nominees also includes many TV and film stars, including Bryan Cranston for “Network,” Jeff Daniels for “To Kill a Mockingbird,” Adam Driver for “Burn This,” Annette Bening for “All My Sons” and  Laurie Metcalf for “Hillary and Clinton.”

Will there be performances?

The awards ceremony will feature performances by the casts of “Ain’t Too Proud — The Life and Times of the Temptations,” “Beetlejuice,” “The Cher Show,” “Choir Boy,” “Hadestown,” “Kiss Me, Kate,” “The Prom,” “Tootsie” and “Oklahoma!”

There will also be a performance by Tony Award winner Cynthia Erivo. 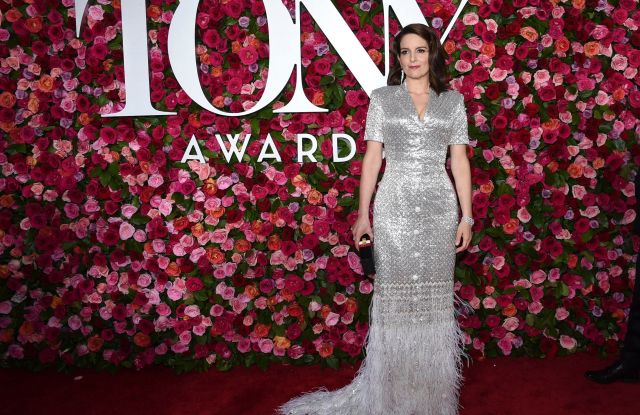 Will there be a preshow?

There will be a red-carpet live-stream hosted by Montego Glover and Denny Directo starting at 5 p.m. EST. It will be streamed on CBS’ Twitter account and Entertainment Tonight’s web site.

The Tonys is also hosting its Creative Arts Awards telecast before the awards ceremony. Hosted by “Moulin Rouge!” cast members Aaron Tveit, Karen Olivo and Danny Burnstein, this awards ceremony will present many of the honorary awards and technical categories starting at 7 p.m.

Will there be honorary awards?

Terrence McNally, Rosemary Harris and Harold Wheeler will be receiving the Lifetime Achievement in the Theatre honor during the ceremony. The 2019 Isabelle Stevenson Award will go to two-time Tony winner Judith Light. The Tony Honors for Excellence in Theatre will go to choir group, Broadway Inspirational Voices, Peter Entin, former vice president of theater operations for the Shubert Organization, Joseph Blakely Forbes, founder and president of Scenic Art Studios Inc. and the FDNY’s Engine 54, Ladder 4, Battalion 9, which is located in the heart of the Theater District.

With the help of Vogue’s Anna Wintour, the Tony Awards red carpet will also honor World Pride and New York City Pride for the 50th anniversary of the Stonewall riots. Last year, the red carpet was decorated with more than 40,000 roses in varying shades of pink.

How can I watch the show?

The show will be broadcast live on CBS the night of the awards ceremony. It can also be streamed through CBS All Access and other subscription services, like DirecTV Now, Hulu Live TV and YouTube TV.

In “Burn This,” Brandon Uranowitz Brings the Fire

The Many Directions of “The Ferryman” Star Laura Donnelly