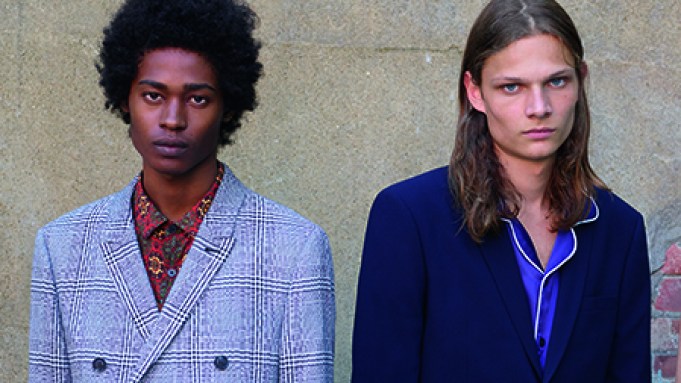 The images shot by the Moscow-based designer were styled by the Topman team. The shoot took place in London in a warehouselike setting with models posing against rough, exposed brick walls or on broken, uneven pavement.

In the campaign, models are wearing looks including hoodie sweatshirts that were paired with nubby coats or quilted down jackets and worn cropped trousers or denim. Tailored suits were matched with patterned dress shirts or a pajama-style top.

Topman creative director Gordon Richardson said of Rubchinskiy: “Gosha’s unique vision and understanding of that disaffected youth culture drives the vision of this campaign — really focusing on today’s young, their creative power and influence as individuals through their style and bold projection of it.”

The company declined to say where the ads will break.

This is the second time the designer has collaborated with the high street label. The Comme des Garçons protégé was tapped to shoot the brand’s summer 2016 look book earlier this year.

Last month, he launched his fragrance in collaboration with Comme des Garçons and introduced Paccbet, a skate brand that he has incubated and is the brainchild of skateboarder Tolia Titaev and his friends.