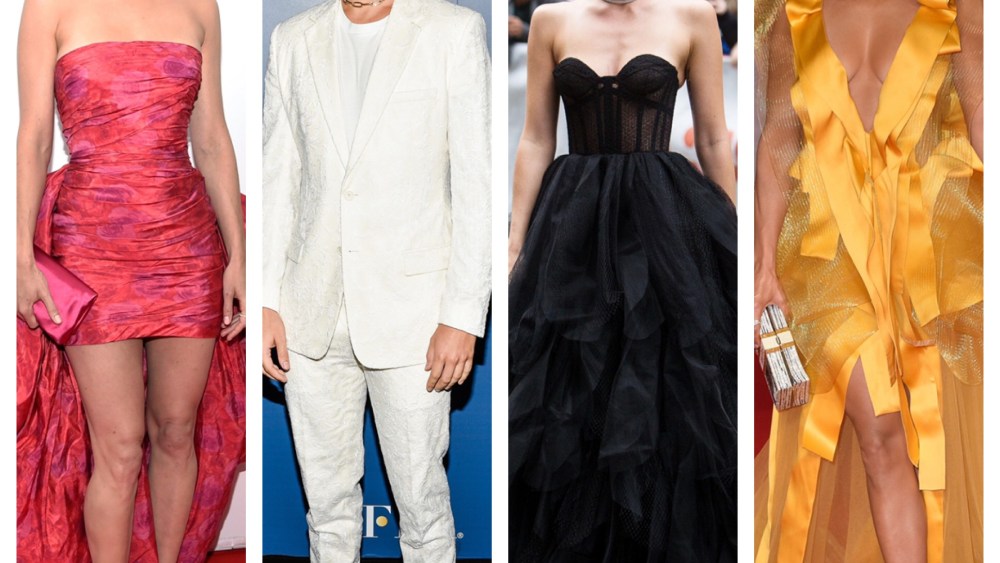 Fresh off the heels of the 76th annual Venice Film Festival, celebrities including Jennifer Lopez, Scarlett Johansson, Leonardo DiCaprio and Nicole Kidman, among others, are now flocking to Toronto to premiere their latest movies. Many of the films and performances are already generating Oscar buzz, including Lopez for her role in the hotly anticipated film, “Hustlers.”

Premiering at the festival on Saturday, the “Hustlers” cast members each had their own high-fashion moments on the red carpet, including Lopez dressed in a deconstructed yellow Maison Yeya gown, Lili Reinhart in a ruffled Rodarte white dress and Constance Wu in a pink sequined Georges Hobeika look.

While the festival has yet to produce a red carpet look that throws the Internet into a frenzy — à la Timothée Chalamet’s satin silver suit at the Venice Film Festival — many celebrities have had their own standout sartorial moments, including Brie Larson, who attended the “Just Mercy” film premiere in a Giambattista Valli floral pink gown from the fall 2019 couture collection, and Dakota Johnson, who attended the premiere of “The Friend” in a black Dior fall 2019 couture ballgown.

Click through the above gallery to see more red carpet looks from the Toronto International Film Festival 2019.

Celebrities Upped Their Style at the Venice Film Festival

The Fall 2019 TV Shows You Need to Binge