Caroline de Maigret and Gaia Repossi were also among the guests. 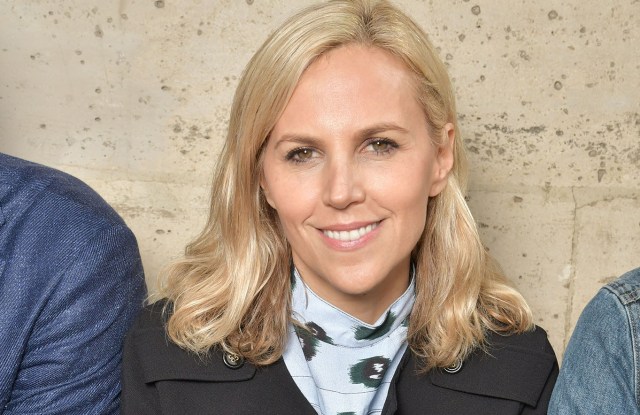 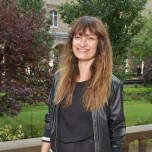 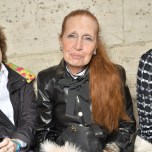 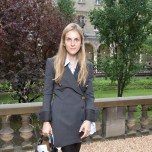 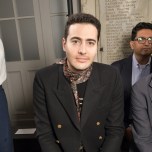 AMERICANS IN PARIS: Though it wasn’t yet July 4, there was a distinctly American flavor to the first day of Paris Couture Week, with shows by Proenza Schouler and Rodarte among the highlights of the day.

Tory Burch turned out to support Jack McCollough and Lazaro Hernandez at the Lycée Jacques-Decour, a school built in the 19th century.

“The Americans invade,” she said with a smile. Burch has been spending more time in the French capital since the opening of her Paris flagship in 2015 and her subsequent engagement to Pierre-Yves Roussel, chairman and chief executive officer of LVMH Fashion Group, but her relationship with the city is still growing.

“I feel like it’s a work in progress and one that is becoming so beautiful. I’m getting to learn Paris and really understand it, but you know, just even navigating Paris for me in the last few years has been so wonderful, exploring and working on my French,” she said.

“That’s a bit of a different story. I mean, I understand it, but it’s hard working on it,” she added ruefully.

Burch said it was important for U.S. brands to be represented in the City of Light.

“It’s global, when you think about fashion, and it’s not one city or the other, and certainly Proenza can hold its own in Paris, so I think American fashion needs to hopefully expand and I love that they’re doing that. I think it’s always good to evolve and to make some changes,” she said.

Burch briefly considered showing her collection in London, but has decided to stay put for now. “No plans for me, but I love that other people are doing it. We haven’t shown that long, it’s only been five years, so for now we’re going to do it in the States,” she said.

Gaia Repossi has close links to the U.S., given that her partner is artist Jeremy Everett. “For me, the States is almost a second home,” she said. “I go a lot, so it’s being with the family. I know everybody.”

The jewelry designer was gearing up for her presentation, titled “Two Works,” at the Musée Picasso on Monday. It will feature formal pieces for evening juxtaposed with more casual styles.

“Picasso to me has always been a master, since I was a teenager, for his world and his vision of women — very modern throughout his career. Each woman characterizes a period. We’re trying to present a different woman also tomorrow,” she said.

Caroline de Maigret noted that she owes her status as the quintessential Parisienne to the United States. “The Americans were the first to describe me as a Parisienne and it snowballed from there. It’s funny because you are not identified that way in your own country,” said the Chanel ambassador.

Her first book, the best-selling “How to Be Parisian Wherever You Are: Love, Style and Bad Habits,” was published by Doubleday. De Maigret is still working on the follow-up. “It’s taking me a bit of time to write it. I have so much work, so I always push it back,” she said.