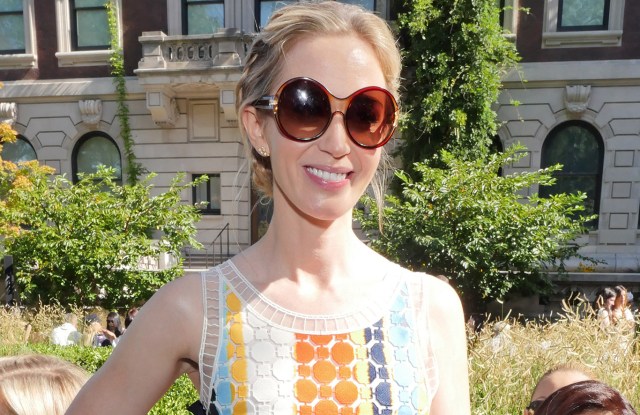 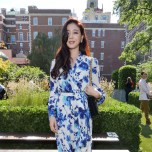 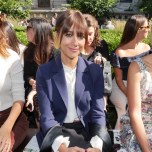 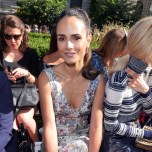 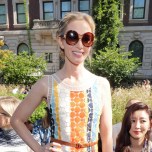 Just as the conversation was getting started, this reporter was told she had to clear the runway because the show was about to begin so she wasn’t about to find out how “Mary Poppins Returns” turned out or where Blunt and her family hope to move now that her Brooklyn town house is on the market for $8 million. Oh well, maybe she’ll turn up at another fashion show.

Seinfeld said about her friend, Burch, “I marvel at her capabilities in all aspects in life. She has an amazing business, she’s a wonderful woman, friend, designer and mother.” As for herself, she said she’s been busier than ever with her charity, Good Plus Foundation, which is working on the ground to help the victims of Hurricane Harvey with donated goods and services in Houston and was waiting to see what happens in Florida so her charity can help.

Decked out in Tory Burch, Jones said she was looking forward to returning this fall to her TV comedy, “Angie Tribeca.” Asked how she spent the summer, she said, “I worked too much.” Does she find any time to shop? “I don’t really shop in stores anymore. I’ve become a little less interested in clothing as I get older,” said the 41-year-old actress. In fact, she said she would prefer to dress in a uniform. “This was my uniform in high school,” said Jones, pointing to her relaxed trousers and blazer.